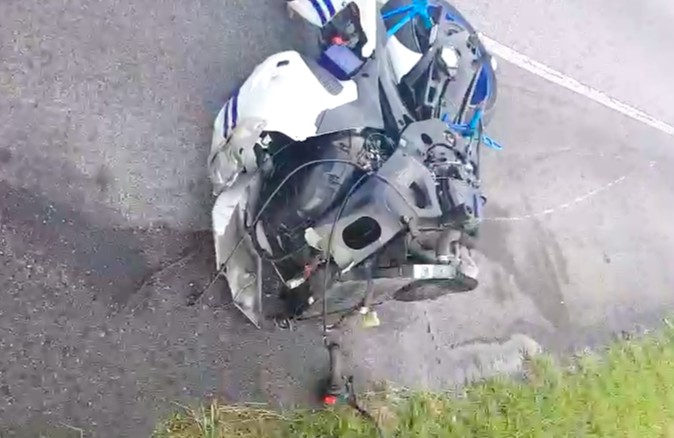 Part of the motorcycle which was ridden by the deceased.

The accident involved two motorcycles and one truck.

From videos circulating on social media, it appears as though the bike of the deceased was snapped in two during the collision and he was thrown from his bike.

From reports reaching Loop News, it appears as though he died at the scene, however, police have promised to provide more details.

Police are conducting investigation into a Road Fatality which occurred sometime around 4:05 pm, today, Friday, December 29, 2017, along the Barrow Section of the ABC Highway, between the Norman Niles and Clyde Walcott roundabouts, involving a motor van, and two motorcyclyists.

The accident resulted in the death of Damien Jason Anton Taylor, 35 years, of Durants, Christ Church. The motor van was being driven by Stirling Workman, 35 years of Oxnards, St. James, whilst the second motorcycle was being ridden by David Haynes, 36 years of West Terrace, St. James.

Preliminary investigations revealed that Taylor and Haynes were riding along the Barrow Section of the highway when their motorcycles became involved in a collision with the motor van, causing them both to lose
control. Taylor collided with the jersey bars and as a result died at the scene. Haynes complained for discomfort about the body and opted to seek private medical attention.

Investigations are continuing. Anyone who may have witnessed this accident is being asked to contact the District ‘A’ Police Station at 4307242. 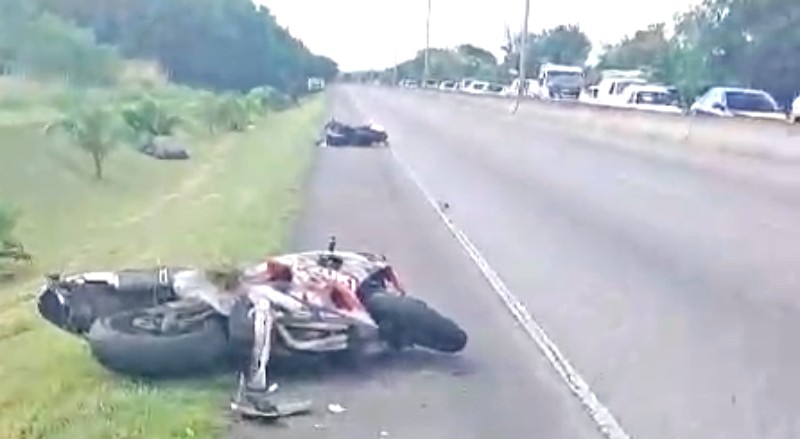