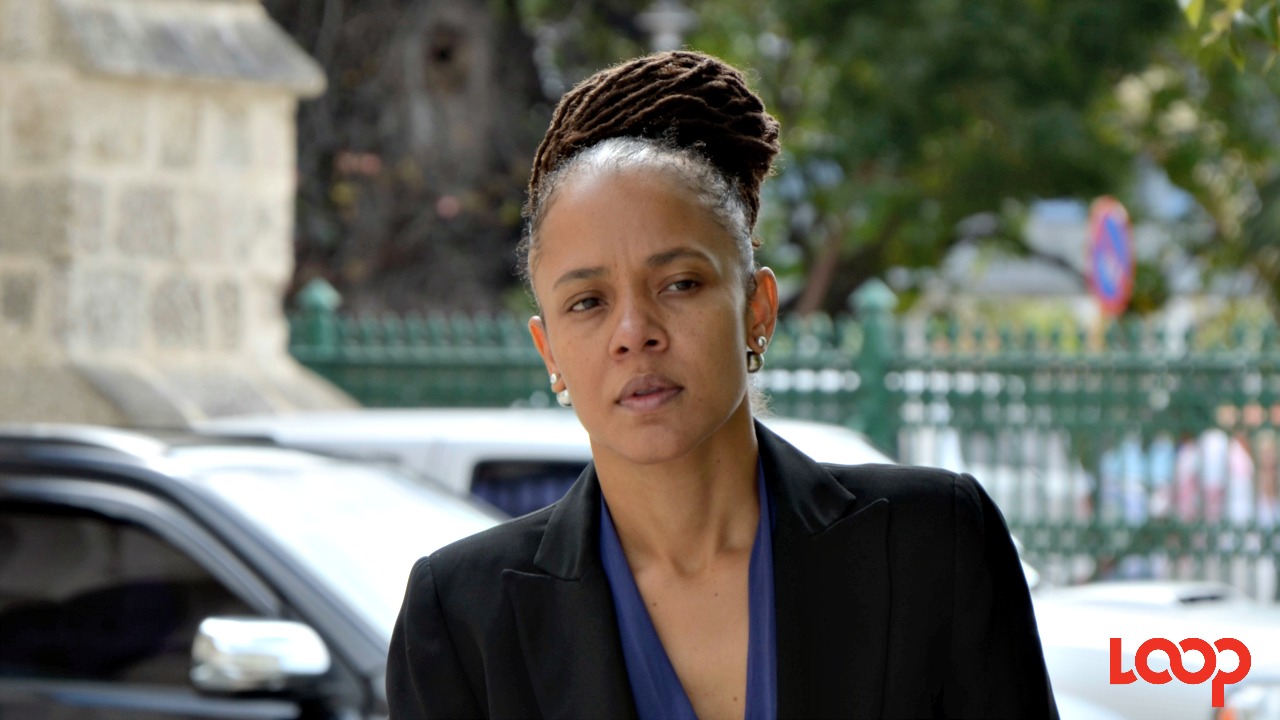 Thousands of students across Barbados made a pledge against violence today, as the Ministry of Education, Technological and Vocational Training (METVT) and UNICEF launched their Anti-violence campaign under the theme: Peace Begins With Me; Talk it Out, Violence Solves Nothing.

Minister of Education, Santia Bradshaw, also officially declared July 2, as National Pledge Day, during the launch at Princess Margaret Secondary School, Six Roads, St. Phillip.  Led by Minister Bradshaw and Peace Ambassador, Ayra Newton, scores of students who filled the school’s auditorium recited the pledge, which was echoed at many schools throughout the island.

During her address, Bradshaw alluded to a new behavioural/discipline policy, which is being developed to change the way discipline is administered in schools. The Minister pointed out that the current system of punishment simply was not working.

“As Dr. Aloys has alluded to, we have a system that has been based on corporal punishment in the schools. They’ve been some modifications to it, but I think, many of us will agree that there are several studies which have shown that there are children who are at different levels and sometimes the harsh punishment of physically punishing a child is simply not working, and sometimes it will actually do more harm than good to the children in our educational system and even across the households,” the Education Minister stated.

She continued: “The METVT realised the new approaches to be implemented and that they must focus on discipline. The essence of discipline is finding effective alternatives to punishment.  And, the most effective alternative that comes to mind is providing our children with the skills they will need for living in harmony with one another. Taking a proactive approach is the first step in the direction of change. The next step is finding ways to incorporate peace-making skills into daily classroom activities.”

Ms. Bradshaw, who lauded the Ministry's first Peace Ambassador for her demonstration of discipline when confronted by a bully, said that in the last few years, Barbados had seen an increasing number of videos circulating on social media “regarding a level of violence taking place one-on-one against our students and against our teachers”.

She said the Ministry would designate more students as peace ambassadors, adding that the intention of the campaign was to put an end to violence across the educational system.

“Incidents of violence are increasing in our schools and in society at large and more often than not, the same students are often involved repeatedly. In response, parents, educators and society, in general, have started to search and call for solutions to the problems we face daily in our schools. We come here today to launch this campaign, but this will not be the end of the Ministry’s efforts to ensure that the message is sent far and wide that violence will not be tolerated,” the Minister emphasised.

Related article :Transformation! Princess Margaret student who said ‘no’ did a 180

The Chief also disclosed that a recent Student Consultation revealed that violence fell under three categories, namely Student on Student, Student on Teacher and Teacher on Student.

The solutions put forward by students participating in the consultation were for persons to have respectable conversations between warring parties; to walk away from negative behaviours; and to reward students who displayed appropriate behaviours.

During the launch, students were given wristbands as a reminder to be peacemakers and peacekeepers. They were also presented with bookmarks bearing the Peace Pledge.