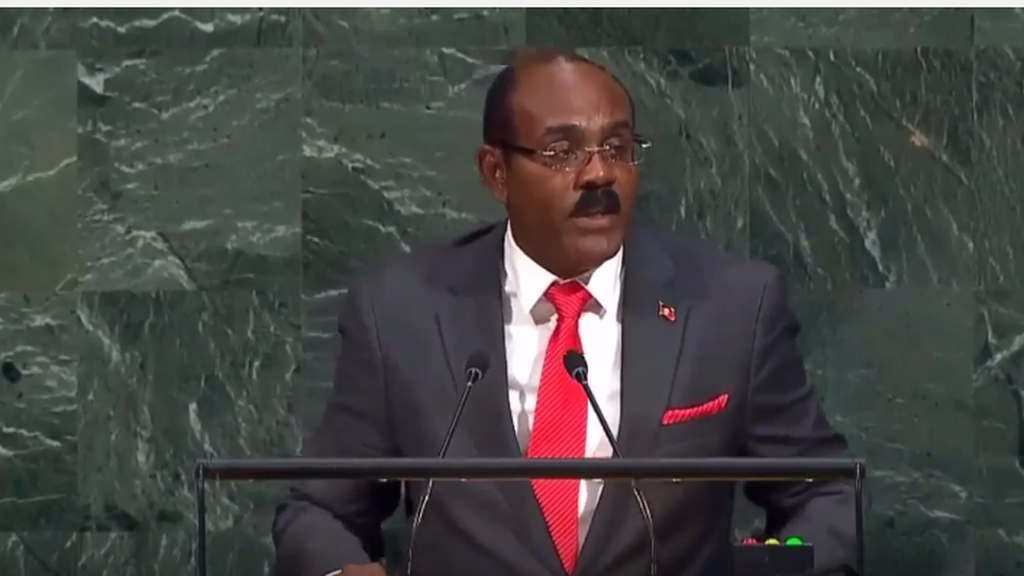 Gaston Browne, the Prime Minister of Antigua and Barbuda, has appealed to the international community to eliminate the criteria that determine which countries can access grants and concessionary funding.

Addressing the United Nations General Assembly on Thursday, Browne said the per capita income criteria has to go.

“Caribbean islands and certain parts of the US will need to construct more resilient buildings and infrastructure. This means that the international and developmental institutions will need to provide concessionary rates without artificial impediments. If this does not happen the subsequent cost in life and property is too frightening to contemplate,” he said.

Stating that countries such as his are victims of an international economic and financial system that regards them as numerical statistics or mere nuisances, Browne said they are measured by the level of their income even though it is an insufficient and unreasonable criterion for establishing vulnerability, poverty and need.

“Like many other small island states, my developing country is categorised high-income thus denying it access to concessionary financing and grant funding from international financial institutions and donor governments. The per capita income criterion is a skewed and flawed determinant, it should be eliminated and eliminated immediately,” he said, stating that it is time for this particular swamp be drained.

Browne also called on the Paris Club countries to either reduce or forgive the debt his country owes, much of which is accrued interest, in order to allow them to rebuild Barbuda.

He told the gathering it would cost around US$250 million to rebuild the island which, for the first time in 300 years, is without a permanent resident.

Browne also called on the United States to pay the settlement owed to his country from a trade dispute which Antigua and Barbuda won. He said they have been trying for 13 years to get the settlement and urged the Trump administration to honour the ruling.

On the topic of climate change, Browne told the Assembly that the Caribbean is paying for the actions of others.

“The evidence of global warming is now irrefutably stronger. Two C5 hurricanes within 12 days that unrelentingly pounded so many countries can no longer be dismissed as the vagaries of the weather nor can they be explained as nature’s doing.

“Hurricanes are stronger and bigger because they are absorbing moisture from increasingly warm seas caused by global warming. That is a manmade phenomenon whose manufacture is attributable to nations that consume 80 percent or more of world’s primary energy emitting dangerous levels of pollution into the atmosphere. All 14 Caribbean community countries together produce less than 0.1 percent of global emissions. We are the least of the polluters but the largest of the casualties,” he said.

Antigua and Barbuda PM appeals to citizens, businessmen for funds