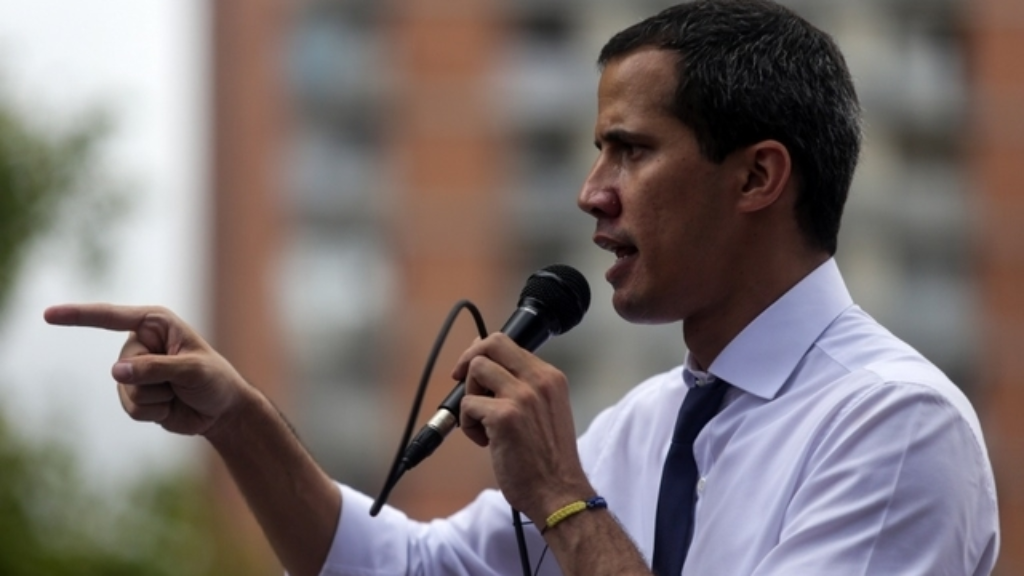 Opposition lawmakers in Venezuela quietly agreed to pay themselves $5,000 a month when they readied special $100 bonuses for doctors and nurses battling the coronavirus — a large pay-out for a nation where most workers are scraping by on a couple of dollars a month, according to people involved in the process.

Funding for the pay-out, which has not been previously reported, was contained in legislation passed last week by the National Assembly setting up an $80 million "Liberation Fund" made up of Venezuelan assets seized by the Trump administration as part of its sanctions campaign to remove socialist leader Nicolás Maduro.

The legislation was touted as a hallmark achievement for Juan Guaidó, the 36-year-old congressional leader recognized as Venezuela's rightful president by the US and nearly 60 other nations, but who has struggled to exert real power.

For this first time since invoking the constitution to proclaim himself as acting president, he would have access to some of the billions of dollars in Venezuelan assets frozen abroad.

The details have been shrouded in secrecy, however.

The text of the new measure, which implements a general law passed in February creating the fund, hasn't been made published in the official legislative gazette as required although The Associated Press obtained a copy from sources.

And the official announcement makes no mention of salaries or the proposed $5,000 payout, saying only that 17% of the $80 million in recovered assets will be set aside for "the defence and strengthening of the national legislative power and the social protection of its members."

It said lawmakers, who have gone unpaid since Maduro cut off funding to the legislature after it fell to the opposition in 2015, will determine an appropriate amount and communicate it to the rest of the country in a transparent manner.

It said the $14 million in funding earmarked for the National Assembly would pay not only lawmakers' personal income but also cover office expenses, staff costs, travel and other related legislative expenses.

Two lawmakers and three Guaidó aides earlier confirmed the plan and acknowledged that the optics looked potentially bad coming as many Venezuelans struggle to cope with an economic crisis that has reduced the minimum wage to barely $2 a month.

The five agreed to discuss the matter only if granted anonymity, worrying they might face retribution for airing details of what they described as a fierce, months-long debate that threatened to split the anti-Maduro coalition.

They point out that spread out over the full five-year legislative session, the payments amount to $1,000 a month — far less than what lawmakers earn elsewhere in Latin America.

They said some lawmakers will surely refuse to collect the money, even though many struggle to make ends meet while living in exile or travelling to Caracas for parliamentary debates

Since the legislation passed, Guaidó has frequently promoted his plan to hand out $100 bonuses to an estimated 60,000 doctors and nurses fighting the coronavirus pandemic in a country where most hospitals lack running water, electricity and basic supplies.

"The dictatorship has billions of our dollars sequestered but we, with less than 0.01% of what they have, can do a lot more," Guaidó said while announcing his plan.

The $14 million in funding for the National Assembly is the second largest item in the "Special Law for the Venezuelan Liberation Fund and Attention to Vital Risks," after a 45% outlay on social spending to ease the humanitarian crisis.

That includes the three monthly bonuses of $100 each for "health care heroes," payment of which will be made via digital wallets. The system will be managed with the Organization of American States at a cost of $9.2 million.

An additional 11% is earmarked for diplomatic envoys in the countries that recognize Guaidó as interim president.

There is also money to strengthen the opposition's communications outreach, judicial cooperation and $4.5 million for "security and defence of democracy" to be used at Guaido's discretion.

The money comes from some of the billions in frozen Venezuelan assets abroad, much of it proceeds from oil sales and the earnings of Houston-based CITGO, a subsidiary of state oil giant PDVSA, that the Trump administration took away from Maduro but until now had refused to hand over to Guaidó.

Francisco Rodriguez, a Venezuelan economist who used to work in the National Assembly, said he welcomes good pay for elected officials working in the public's interest.

But he said the opposition and the US' efforts would be better spent assisting Venezuelans devastated by the country's collapse, including the estimated 5 million migrants who have fled their homes in recent years and have no savings to fall back on amid the pandemic.

"It's deeply disturbing that legislators would be willing to approve a generous compensation package for themselves without having yet found the time to discuss how they can use the funds at their disposal to help Venezuelans now living on the verge of starvation," said Rodriguez.

Since January, they have been blocked from even entering the federal legislative palace after a dissident faction of lawmakers — whom the opposition alleges were bribed by Maduro — claimed leadership of the congress with the support of the ruling party.

Seeking to root out corruption and avoid future defections from Guaido's slim majority, opposition leaders considered it important to start paying an honest wage, according to the five people.

Payments, which are retroactive to January, will also be made to substitute lawmakers, who often fill in for the large number of elected representatives forced into exile.

Members of Maduro's party will not receive any payments. That is because many have been sanctioned in the US for trampling on Venezuela's democracy.

The Trump administration must still issue a special license giving a five-member commission appointed by Guaidó access to the funds, which are sitting in an account at the Federal Reserve Bank of New York after the US government seized a $342 million pay-out from a gold-for-loans deal in 2015 that Maduro defaulted on with the Bank of England.