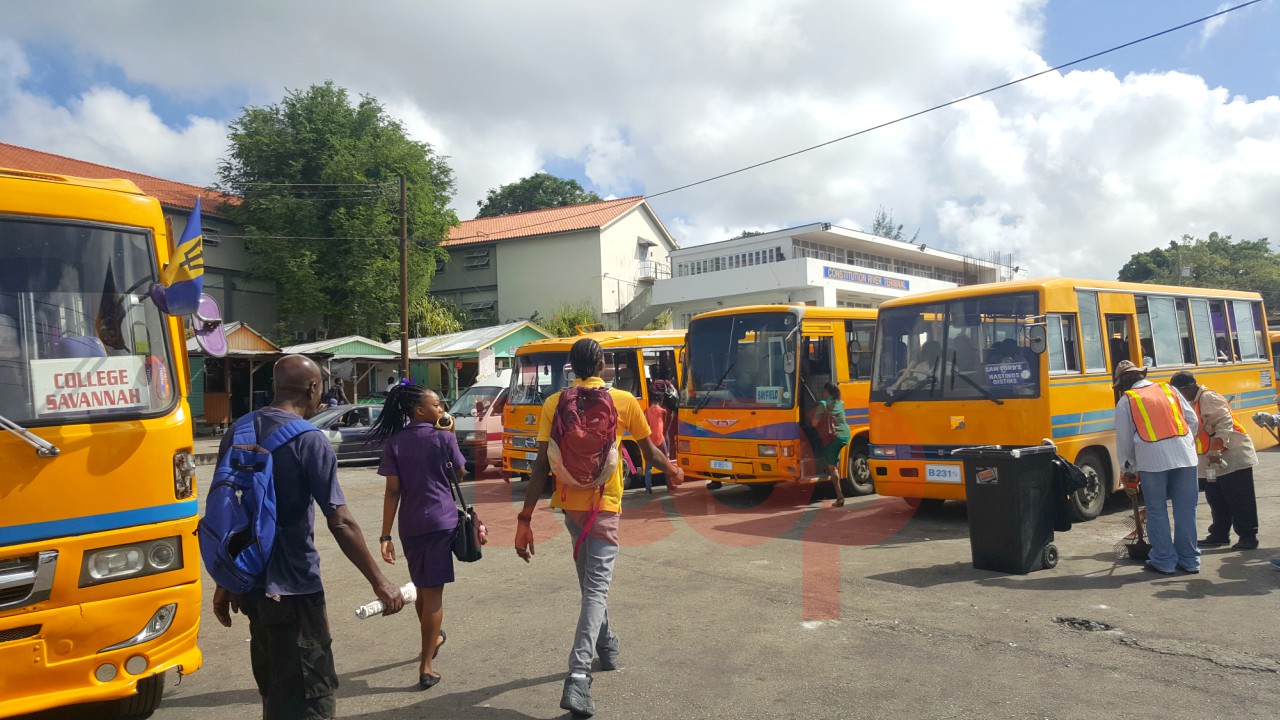 Minibuses in the River Van Stand before the opening of the Constitution River Terminal. (FILE)

Grateful for the Opposition Leader's input as he weighed in on the horror which Public Service Vehicle (PSV) operators are facing currently as they try not to buckle under the added fuel tax, the Association of Public Transport Operators (APTO) is calling again for this government to relook the policies immediately.

"Despite the sector’s repeated calls for redress and fair treatment, it has been subjected to the fuel tax and additional taxes now for six months, much to the financial disadvantage of owners and workers.

"The sector reiterates its call for fair treatment by Government without further delay."

And they abhor the flippant manner in which the problems of the sector are being viewed by some Ministers.

This comes after the Opposition Leader opened about the topic in the Lower House. APTO said that in a section of the media, "there was a report of the Parliamentary debate which took place on November 28, 2018, where the Leader of the Opposition spoke of the damaging effect that the fuel tax of $0.40 per litre, introduced by Government with effect from 1st July, was having on the operations of Public Service Vehicles. The sector is among the heaviest users of diesel fuel on the island and the imposition of the fuel tax has added a considerable cost to its operations and further threatened its continuing viability, given that its income base has remained at $2.00 per trip, regardless of distance, since 2011, while the costs of inputs have increased steadily over the intervening period.

"PSV owners take exception to the dismissive characterization of the huge additional imposition of taxes on their operations as “nickels and dimes” by Minister Ryan Straughn and challenge Minister Duguid, who is reported as saying that the increase in taxes was about half the $14,000 stated by the Leader of the Opposition, to show any inaccuracy in the calculations presented to Government by the sector in demonstrating the effect of the fuel tax.

Related article :Over 75 per cent of PSV operators need to get right with the law

"In fact, the figures presented represent the sector average. At the extreme end of the range of vehicles used in the sector, the additional annual expense of the larger vehicles is calculated, based on actual fuel consumption experience, at $17,220 per annum, considerably higher than the $14,000 stated by the Leader of the Opposition."

Unfortunately, the operators have not been granted the relief that other drivers received with the removal of road tax.

"Minibuses and Route Taxis are still required to pay half of their original Road Tax, $1,500 and $750 annually respectively, as a registration fee, in addition to their annual Permit Fee. Further, the transfer fee for owners wishing to change a vehicle has been increased from $1.00 to $1,000.00."

APTO is looking forward to a favourable solution in a timely manner.

This news comes as some PSV operators today, January 2, 2019, have chosen to withhold their services and are parked along Spring Garden Highway.