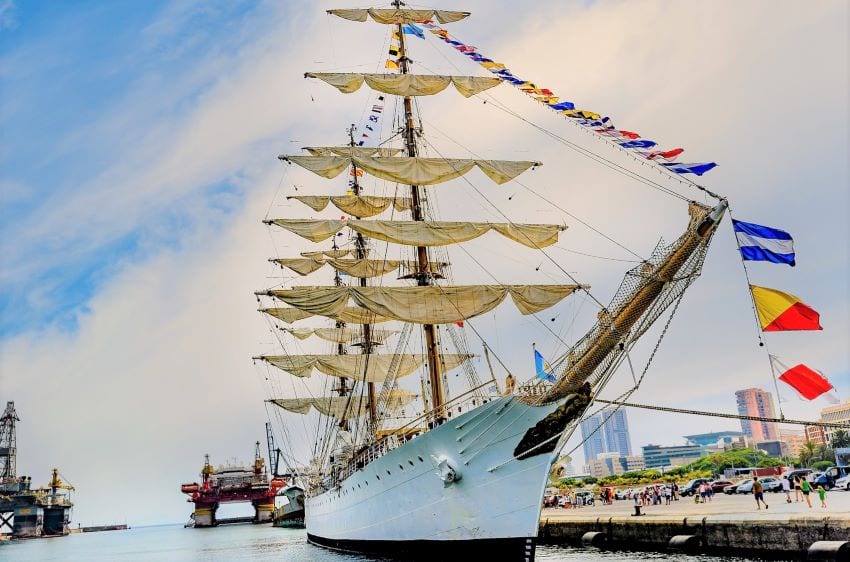 The Argentine vessel Frigate ARA Libertad will be in Barbados from Sunday, December 15, to Wednesday, December 18, and members of the public will have an opportunity to be a part of this historic occasion

It will arrive at the Bridgetown Port at 10:00 a.m. to a traditional gun salute by the Barbados Defence Force (BDF).  At 10.30 am on Sunday, there will be a welcome ceremony for the vessel and crew at the Flour Mill, off Mighty Grynner Highway.

Argentine Ambassador Gustavo Martinez Pandiani and a number of government officials, including the Chief of Staff of the BDF, will participate in the hour-long ceremony.

There will be a military salute and the BDF band will play the national anthems of Argentina and Barbados as well as a number of Barbadian songs as a symbol of friendship. Members of the public may participate in that ceremony and tour the vessel between 2.30 and 4.30 pm.

In addition, they may also attend the performing arts exhibition, Argentina and Barbados: 50 years of Friendship, between 4:30 and 6:30 p.m., which will feature singers, musicians, dancers and storytellers.

The Frigate will leave Barbados on Wednesday, December 18, at 4.00 pm.

The programme of activities for the Frigate Libertad has been organized by the Embassy of Argentina, in association with the Barbados Defence Force, Ministry of Creative Economy, Culture and Sports; Ministry of Maritime Affairs and the Blue Economy, the Barbados Port. Inc., National Cultural Foundation and Bryden Stokes.

The Frigate ARA Libertad serves as a school vessel in the Argentine Navy.  It is one of the largest and fastest tall ships in the world, and holder of several speed records.  It was designed and built in the 1950s by the Río Santiago Shipyard, Ensenada, Argentina.

The vessel’s maiden voyage was in 1961, and it continues to be a training ship with yearly instruction trips for the graduating naval cadets, as well as a travelling goodwill ambassador.