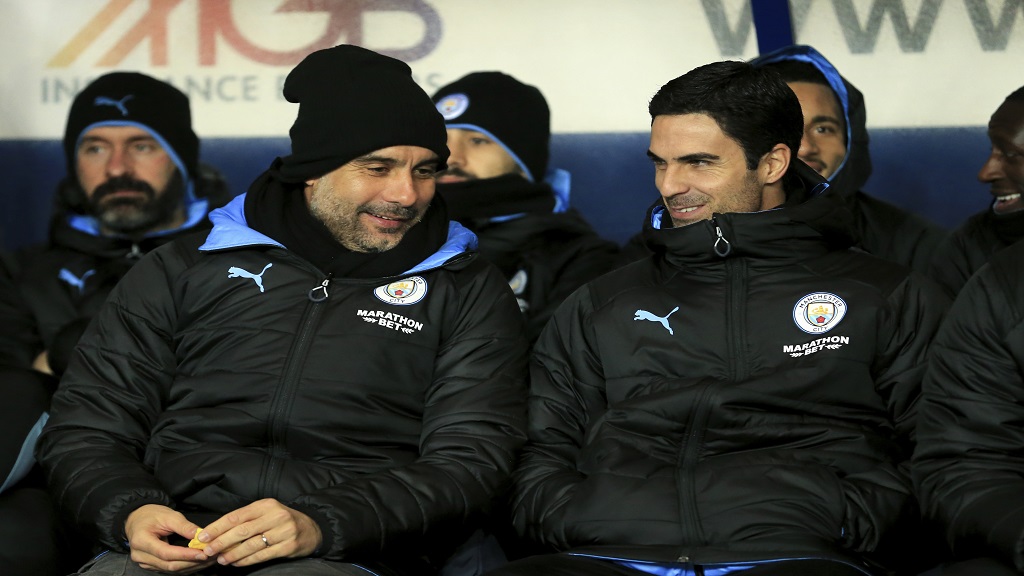 New head coach Mikel Arteta has been welcomed back to the "Arsenal family" by his former Gunners team-mate Mesut Ozil.

Arteta has penned a three-and-a-half-year contract with Arsenal and will take up his new role on Sunday after leaving Manchester City, where he has been Pep Guardiola's assistant for the last three seasons.

The former midfielder joined Arsenal from Everton in 2011, spending five years with the Gunners before retiring in 2016 and moving into a coaching role under Guardiola.

He replaces his compatriot Unai Emery, who was dismissed after a dismal run of form that interim boss Freddie Ljungberg has been unable to significantly improve on.

Ozil, who played alongside Arteta for three seasons and found himself out of favour for long periods under Emery, tweeted his support for his new coach.

"Welcome back to the Arsenal family," the playmaker, who has been linked with a move away from the club, posted to his official Twitter account.

Arsenal's board believe that, in Arteta, they have found the ideal candidate to take the club forward, with the Spaniard understanding the Gunners' expectations.

"He knows our expectations and those of our fans around the world are high and we are confident he can play a lead role in taking the club back to the levels we all demand.

"I also want to thank Freddie Ljungberg for skilfully guiding us through the last three weeks. He stepped up at short notice and has helped us through this difficult period with great professionalism."

Head of football Raul Sanllehi, added: "We met several top-class candidates and Mikel stood out to every single one of us as the perfect person for us.

"Mikel understands Arsenal and what it means to our fans around the world. We look forward to him getting down to work and bringing the best out of our squad as we work to get our season back on track.

"I must also pay tribute to Freddie Ljungberg for his hard work and leadership. Together with Per Mertesacker, he has done a vital job for us in difficult circumstances. Freddie and Per are important parts of the Arsenal family and care deeply for this club."

Ljungberg is set to continue in his temporary role for Saturday's contest with Everton, before Arteta takes the reins.