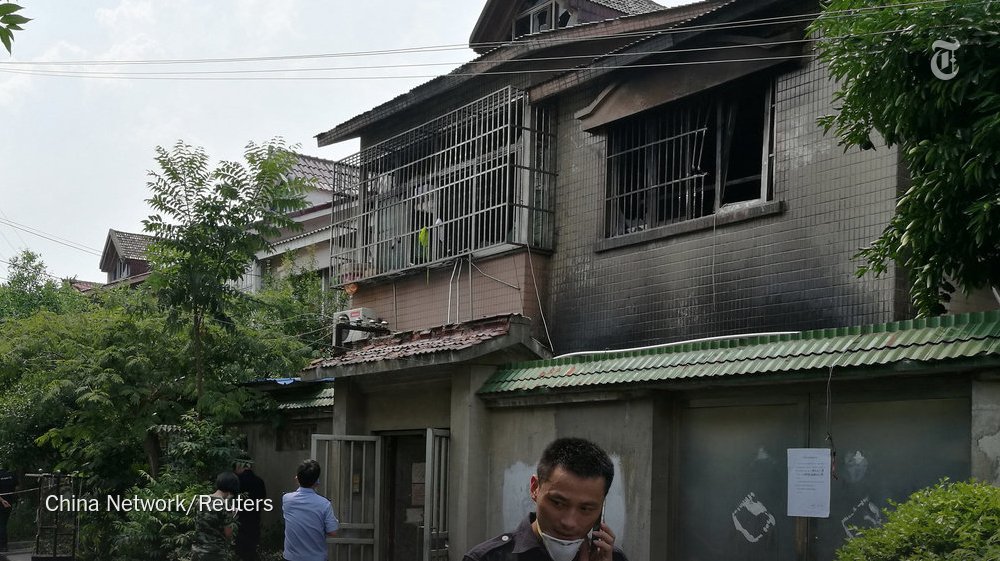 Investigators discovered traces of gasoline at the scene of the pre-dawn fire in Jiangsu province and found all the doors of the house locked, according to the national work safety agency.

The house, located in the city of Changshu, about 80 kilometers (50 miles) northwest of Shanghai, was used as a dormitory for 29 people working at a local restaurant, according to The Beijing News newspaper.

The residents were mostly migrant workers in their 20s working as waitresses and cooks, the report said.

Three people were injured in the blaze.

The man who was apprehended is surnamed Jiang, Xinhua reported, without giving more details.

Changshu's city government said the fire broke out at around 4:30 a.m.