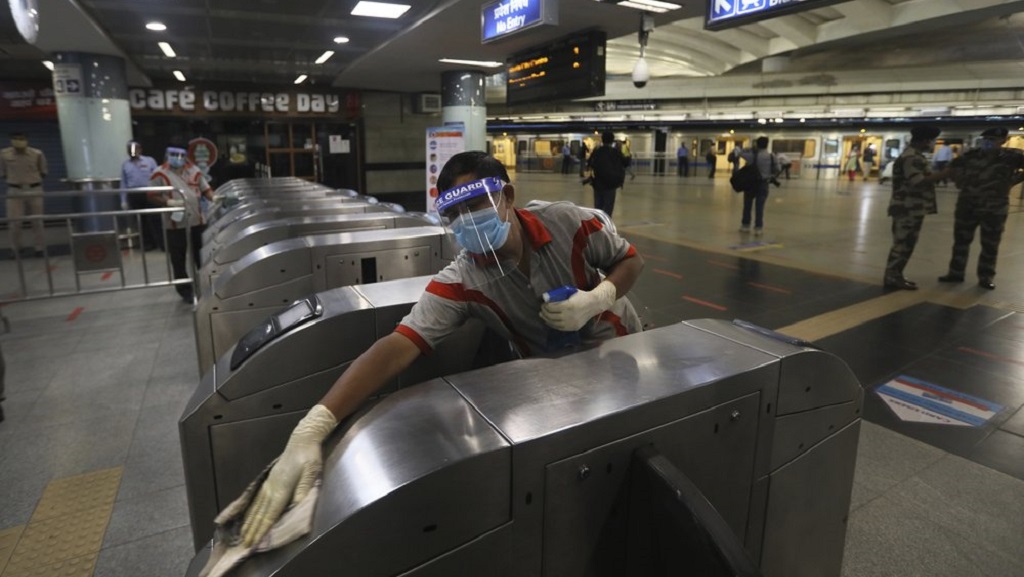 The number of people confirmed to be infected with the coronavirus in India rose by another 80,000 and is near Brazil's total, the second-highest in the world.

The 83,341 cases added in the past 24 hours pushed India's total past 3.9 million, according to the Health Ministry. Brazil has confirmed more than 4 million infections while the US has more 6.1 million people infected, according to Johns Hopkins University.

India's Health Ministry on Friday also reported 1,096 deaths in the past 24 hours, taking total fatalities up to 68,472.

India's case fatality rate of 1.75 percent is well below the global average of 3.3 percent, the ministry said. Experts have questioned whether some Indian states have undercounted deaths.

In a country of 1.4 billion people, only those places most affected by the virus remain under lockdown. People are crowding markets and other public spaces with potential safety measures like masks and social distancing largely unenforced.

Justifying lifting of lockdown restrictions while infections are surging, Health Secretary Rajesh Bhushan said the testing capacity has been ramped up and safety procedures put in place.

"While lives are important, livelihoods are equally important," Bhushan said.

India's economy contracted by 23.9 percent in the April-June quarter, its worst performance in at least 24 years.

— Australian authorities on Friday added 53 earlier virus deaths from aged-care homes and six new deaths to their tally, bringing the total number of virus deaths to 737.

Victoria state officials said they have been reconciling numbers from July and August. An outbreak in the city of Melbourne has raced through dozens of aged-care homes, resulting in hundreds of deaths.

— An independent panel appointed by the World Health Organization to review its coordination of the response to the COVID-19 pandemic will have full access to any internal UN agency documents, materials and emails necessary.

The 11 others include Dr Joanne Liu, who was an outspoken WHO critic during the 2014-2016 Ebola outbreak in West Africa, and Dr Zhong Nanshan, a renowned Chinese doctor who was the first to publicly confirm human-to-human transmission of the coronavirus.

— New Zealand reported its first death from the coronavirus in more than three months on Friday.

Health authorities said a man in his 50s died at an Auckland hospital where he was being treated for the virus following a small outbreak in the city that began last month.

New Zealand has reported more than 1,700 cases and 23 deaths.

A lockdown in Auckland has been eased, but crowd sizes are limited across the country and masks mandated on public transport.

— South Korea will extend elevated social distancing restrictions in the greater capital area for another week as it looks to contain a coronavirus resurgence that threatens to erase hard-won epidemiological gains.

Health Minister Park Neung-hoo announced the decision Friday after health workers reported 198 new cases of COVID-19, mostly from the Seoul metropolitan area, where about half of the country's 51 million people live.

Through next Sunday, restaurants in the capital area can provide only takeouts and deliveries after 9 pm, as they have been doing since August 30.

Indoor sports venues like fitness centers and billiard clubs and after-school academies will remain closed. Authorities have shut down churches and nightspots nationwide and shifted most schools back to remote learning.

Coronavirus cases in the Caribbean to date as of September 6: 160,419