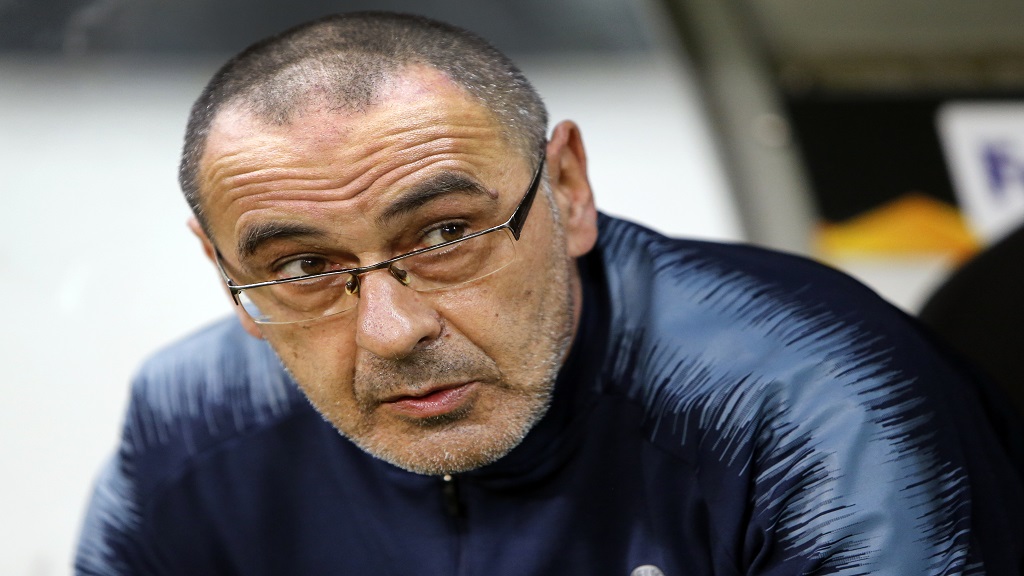 Sarri was presented Thursday after signing a three-year contract with the club that has won Serie A for the last eight seasons.

Sarri called the Juventus job the "crowning achievement of a long and difficult career."

"I've taken a long road to get here, from Serie C2 to B, A, Premier League and now Juventus. It's special to be here. It's the best squad in Italy," Sarri said. "I'm coming from Chelsea, which has an inferior history to that of Juventus. It's another step forward for me.

"Coaching Ronaldo is also an escalation. I coached great players at Chelsea but with him it's the best in the world. He already holds all of the records you can have in world football but I would like to help him break some more records."

The 34-year-old Ronaldo scored 21 goals in his first Serie A season at Juventus. His single-season record is 48 goals in the Spanish league for Real Madrid in 2014-15.

Sarri said that he left Chelsea after only one season because he "felt a need to return to Italy."

He succeeds Massimiliano Allegri, who guided Juventus to five straight Italian titles but was unable to bring home the most desired trophy — the Champions League — despite two runner-up finishes in the top European competition.

Sarri reportedly has a massive bonus in his contract if he leads Juventus to the elusive European title.

"I've never seen a club so determined to hire a coach," Sarri said. "That convinced me right away."

Sarri struggled with criticism upon his arrival at Chelsea but then led the London club to the Europa League title.

"I've always had the fans skeptical at the start. I come from a different breed and it's fair that there's this skepticism," Sarri said. "There's only one way to get through that and that's to win. We've got to go out there onto the pitch to enjoy ourselves and put on a show."

Sarri has no regrets over his behaviour during Kepa substitution farce