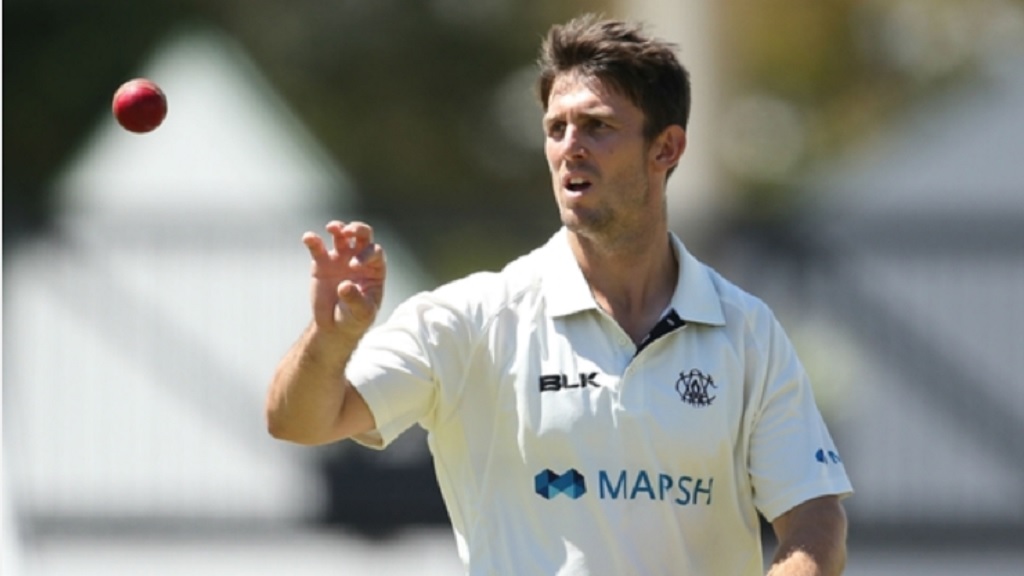 Australia all-rounder Mitchell Marsh has been ruled out for up to six weeks after breaking the middle finger on his right hand when he punched a dressing room wall.

The embarrassing incident followed his dismissal for Western Australia against Tasmania on Sunday.

Marsh lashed out after he was caught and bowled for 53 by Jackson Bird on the final day of a drawn Sheffield Shield opener at the WACA.

He vowed never to repeat the rush of blood to the head and faces the prospect of being ruled out for the start of the Test series against Pakistan due to a self-inflicted injury.

"I've fractured my middle finger. It's going to leave me out for about four to six weeks at this stage," said the 27-year-old Western Australia captain.

"It certainly will be an isolated incident, that's for sure, and it won't be happening again.

"As a captain, I've done a lot of work in setting a good example on and off the field over the last 18 months since I took over.

"This is a small hiccup for me. I said I was disappointed in myself and it won't happen again, and it's not an example I want to be setting not only for my team-mates but for everyone here at the WACA and everyone else in cricket."

Australia on course to retain the urn after humiliating England