Back to the ballot box: UK lawmakers approve June 8 election 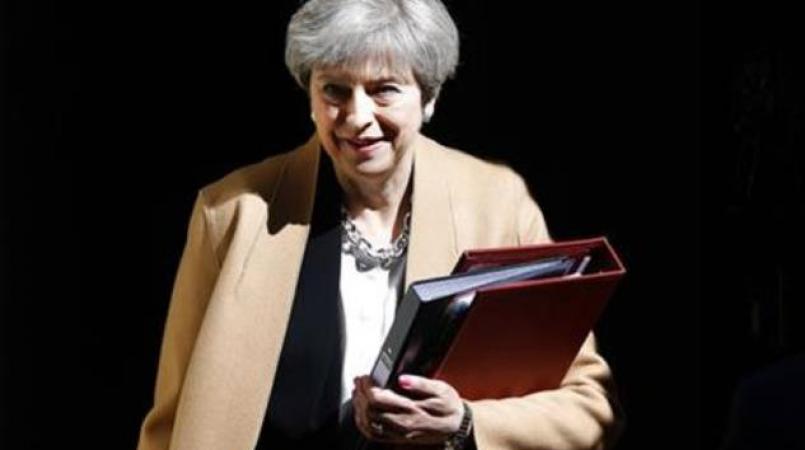 British voters will be heading to polling stations for the third time since 2015, after lawmakers overwhelmingly backed Prime Minister Theresa May's call for a snap election on June 8.

The parliamentary election comes less than a year after Britain voted to leave the European Union, and will likely be dominated by the political and economic upheaval spawned by Brexit.

May, who took office in July after an internal Conservative Party leadership race, wants the election to increase her majority in Parliament and consolidate her power as she faces both pro-EU opposition politicians and hard-core Brexit-backers inside her own party.

Lawmakers voted Wednesday by a resounding 522 to 13 to back May's call for an election, easily surpassing the two-thirds majority in the 650-seat House of Commons needed to trigger an early vote.

May wasted no time, going from the vote in Parliament to kick off her campaign with a speech in to supporters northwestern England.

She said the Conservatives would provide "strong and stable leadership" for Brexit and beyond, and promising to wage "a positive and optimistic campaign."

Earlier, May said holding an election in June, rather than as scheduled in 2020, would "deliver a more secure future for our country" as it negotiates its departure from the EU.

She said that waiting until 2020 would mean the "most sensitive" part of the two-year Brexit negotiations would come during the run-up to an election.

"That would be in nobody's interest," May said.

Now that lawmakers have approved the election, Parliament will be dissolved at midnight on May 2, 25 working days before election day.

The opposition Labour Party and Liberal Democrats welcomed the chance to put their policies to voters, though the Scottish National Party called the election a cynical political ploy. Its lawmakers abstained during Wednesday's vote.

Labour leader Jeremy Corbyn said the election "gives the British people the chance to vote for a Labour government that will put the interests of the majority first."

Despite Corbyn's bravado, his party is demoralized and divided under his left-wing leadership and is expected to fare badly. Polls give the Conservatives a double-digit lead over Labour, and May is gambling that an election will deliver her a personal mandate from voters and produce a bigger Conservative majority.

Liberal Democrat leader Tim Farron said that, for May, calling the election is "the political equivalent of taking candy from a baby."

"She expects a coronation and not a contest," Farron said, urging voters to back his strongly pro-EU party to stop a Conservative landslide. The Lib Dems currently have just nine seats in Parliament.

May dismissed criticism of her decision to call voters back to polling booths for the third time in just over 24 months. A national election in May 2015 was followed by the June 2016 referendum on EU membership.

She said the early ballot would strengthen Britain's negotiating hand with the 27-member EU.

"Brexit isn't just about the letter that says we want to leave. It's about ... getting the right deal from Europe," May said.

EU officials say Britain's surprise election will not interrupt the bloc's preparations for Brexit talks — though they will slightly delay the start of negotiations.

Leaders of EU states are due to adopt negotiating guidelines at an April 29 summit, and the bloc will prepare detailed plans for the talks with Britain by late May.

It had been hoped talks could start by the end of that month, but EU Commission spokesman Margaritis Schinas said Wednesday that "the real political negotiations" with Britain would not start till after the June 8 election.

May ruled out participating in televised debates with other leaders. TV debates don't have a long history in British politics, but were a feature of the last two elections, in 2010 and 2015.

"We won't be doing television debates," May said, adding that politicians should spend election campaigns "out and about" meeting voters.

One broadcaster, ITV, said it planned to hold a debate with or without the prime minister.

"The prime minister's attempt to dodge scrutiny shows how she holds the public in contempt," he said.