The Bahamas to follow Barbados, get thousands of preschoolers educated 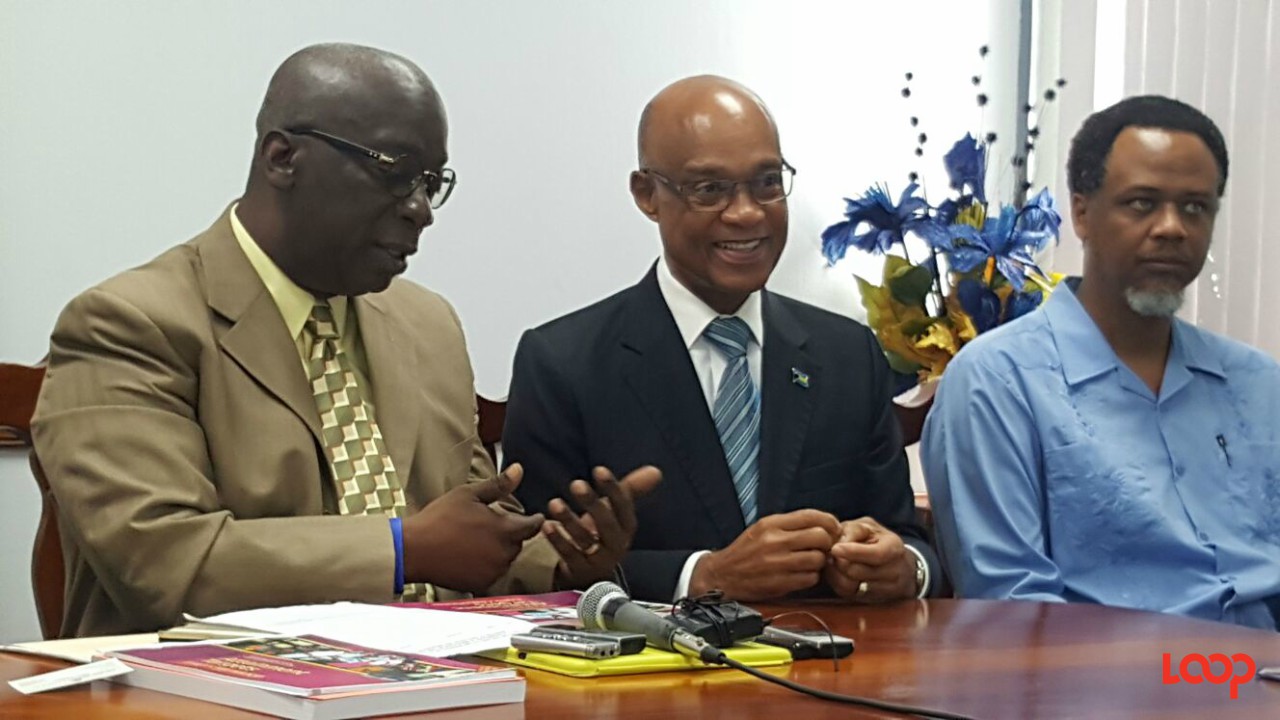 Meeting of education officials at the Ministry of Education in Barbados. (L-R) Minister Ronald Jones, Bahamian Minister The Hon. Jeffrey Lloyd and the Bahamian Director of Education (Ag.) Marcellus Taylor.

With 80-percent of the island’s preschool-aged children in The Bahamas not enrolled in formal schooling, the new government is aggressively seeking to close that gap by using the Barbadian model.

The Bahamian Minister of Education is in Barbados to soak up knowledge about the public early childhood education system, to get theirs up to par and get more preschoolers enrolled formally.

Revealing that at present their public school system for preschoolers is “somewhat undeveloped”, The Hon. Jeffrey Lloyd told the media:

“One of the main emphases of the government of The Bahamas, this new government, is to reform education by way of introducing and emphasising the delivery of education for three-year-olds.”

The Minister is sitting with the Minister of Education for Barbados, Ronald Jones and his team to see how over the past decade the island has advanced leaps and bounds in the area of early childhood education.

Lloyd is on island for the inaugural session of the XX Inter-American Conference of Ministers of Labour this week, but he used the opportunity today to gain much expertise and tour numerous pre-school facilities across Barbados. Today he toured Erdiston Nursery which sits on the same compound as The New Horizons, the Erdiston Special School and the Erdiston Teachers’ Training College, in St. Michael.

He said that having met with the education officials, he believes that the enlightening and encouraging presentation will enable his team back in The Bahamas “to now meet that pretty tall order which we have set for ourselves, but which we know is a necessity in terms of making available to our young people and our Bahamian society the opportunities for a solid foundation in education beginning at the earliest stages in human life, and in our instances it would be the three-year-olds.”

Beyond the curriculum and attainment targets, he said that he will be carefully looking at the infrastructure of the schools, and he wants to see the ratio of teachers to kids reduced in The Bahamas to the ideal numbers on island in Barbados’ classrooms.

He said that he is “impressed” with the 1:15 ratio, because “that is an ideal that we in The Bahamas would like to achieve ourselves.” Back in his country, they have 1:20 and 1:25 ratios, so he said that he will try to adapt and employ best practices on his return.

Noting their limited resources in terms of trained teachers and capacity in the public sector, he said “In The Bahamas the provision of early childhood education or preschool education has been driven largely by the private sector and we obviously expect that that will continue but we also know that there is a need for the public sector or the State to provide this opportunity for our citizens, so we are on an aggressive pathway of capacitating our young people who are interested in coming into the teaching profession both as teachers as well as teacher’s aids, but also to built out our physical capacity in the construction of new schools.

“We are now attaching preschools to our primary schools.”

Despite the financial challenges, he said that there is an immediate and urgent need to make services available, and he admitted that parents are also demanding this for their children. “Only 1500 that are enrolled in preschool education, which is only approximately 20 percent of what needs to be.”

Minister Ronald Jones extended further assistance to The Bahamas saying that “we have personnel that can come and give you some help and help point the way to build-out…the early childhood care and education as much as possible.”

Jones asserted that it makes no sense building capacity in pockets on the region and not throughout “to help bring everybody up to higher and better standards.”

In the afternoon today, he went to two Maria Holder Trust Nursery Schools - Gall Hill and Oldbury, while tomorrow he will visit nurseries to the North of the island.