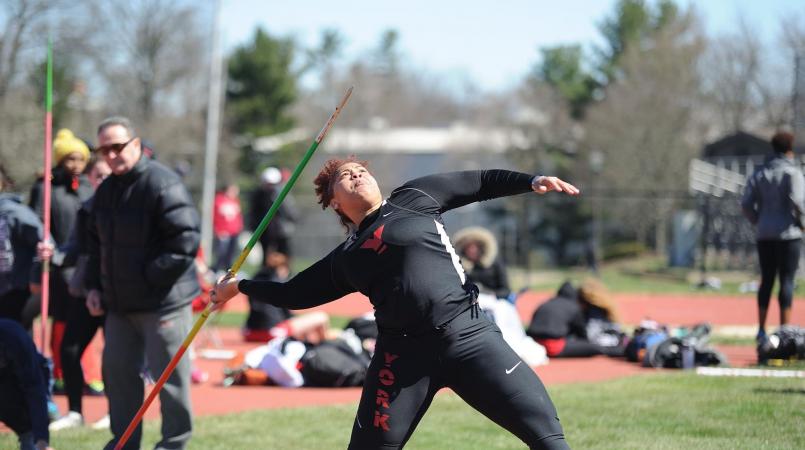 “It's great to get recognition!

“Field athletes often get over looked so when this happened I really appreciated it.”

Caitlin is a senior on the women's track and field team and her performance at the Osprey Open this past Saturday, April 15, 2017, saw her attain the achievement.

At the Osprey Open which ran April 14-15, 2017, Caitlin finished in 15th place in the discus with a distance of 26.33 meters. With this throw, she now has the second-best throw in the CUNYAC this season. This throw was also a personal best for her. She beat her own personal throw of 24.84 from the 2015 season.

According to YorkAthletics.com, throughout the course of the season, Caitlin has put up impressive marks in the field events.  At the TCNJ Invitational, she finished in eighth place in the javelin (33.14m), and at the Ramapo Track and Field Invitational, she placed 14th in the hammer throw (28.30m).

Caitlin also dominated during the indoor track and field season, placing second at the CUNYAC Indoor Track and Field Championship in the weight throw with a career-best 11.52 meters. She also came in sixth place in the shot put (8.94), and was named a CUNYAC All-star.

And she along with the rest of the track and field team, will be back in action on next week, April 28th at the TCNJ Invitational, where the Barbadian will look to continue her outstanding season.

Vote Ellis Burkheart Jr for sports Hero of the Week