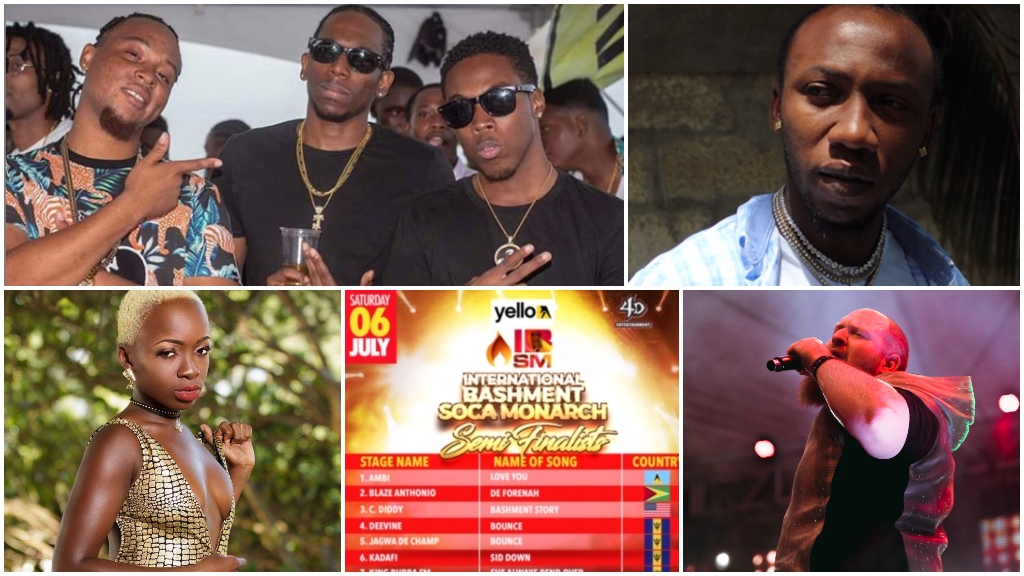 Speaking to Loop Entertainment this evening following the afternoon announcement of the 25 semifinalists today, Wednesday, June 12, 2019, most of them are excited and eager to gain experience and exposure from the competition.

Mara Rose said that since learning that she overcame the first hurdle of judging she's feeling "a set of mixed emotions;" she was "shocked, happy, nervous" but accepts the challenge.

"I entered to get that experience, get the feel of how competitions go. So when next year comes I'd be on top of my game and be better."

"As first-timers, we are very happy and excited to be in the competition and making it as semi-finalists alongside some of the more experienced artists."

"We see this as a great opportunity to learn and improve as a new artist. I just want him [Makie Tone] to enjoy his self and gain as much experience as possible."

"Overwhelmed" was the only word Walkes could find to describe his feeling having been granted the opportunity to compete against so many Caribbean and international artists.

"I feel very overwhelmed that I'm now in the semi-finals [of the] Bashment Soca competition competing among so many international artists from all over the Caribbean, all over the World and indeed it was a blessing. I just want to say thanks to everybody who has been supporting and this one is for Barbados."

"I'm overwhelmed because of the journey so far. I didn't plan to do any bashment soca at all this year. I did a song earlier up in the season, a dance hall song and it became very popular and the public was saying one particular line of the song and remembering it for that name which was "I waan meet meat" which is not the title of the song, but that is what they were saying, so when I did an advertisement for a cruise I just endorsed the public on this one and that is how the song came about."

When asked why he chose to enter with the latter he revealed that "Hickles Of Life" appealed more to the dancehall genre.

King Bubba, who entered the competition with "She Always Bend Over", has never submitted an entry to this particular competition but he had his eye on it this year. So with his interest piqued and having secured a semi-final slot, he said he is challenging Lil Rick and all the other competitors in the competition. But for him, it is not only about competing but having a good time this year.

"I am excited, ready to mash up the place, looking forward to it. I am challenging Lil Rick and all the other competitiors and looking to have a good time. From the Rum King to Bashment King is what they’re saying, that’s what they’re calling me now, so I’m ready to be the King of everything, and ready to mek all de girls bend, bend, bend."

And he may have seemed to be on a sabbatical from competition, but he assured Loop that he never stopped singing - Timmy is in the mix too. Long gone are the days of 'Bumpa catch a fyah' but Timmy put pen to paper and came up with a 2019 track that has him with a chance of hitting the International Bashment Soca Monarch finals stage for the first time. On hearing he's through to the semis, he said, “I'm happy." Asked why he entered, he said, “I believe in the song so I put it in the competition.” ‘Shake it’ is written by Timmy himself.

If the newcomers get into the Finals, they will be winners regardless of placement on July 6 when they face the reigning monarch Lil Rick because there are prizes for the top three positions and performance fees for the rest of performers, so no one will leave empty-handed this toss. Gone are the days of winner-takes-all.