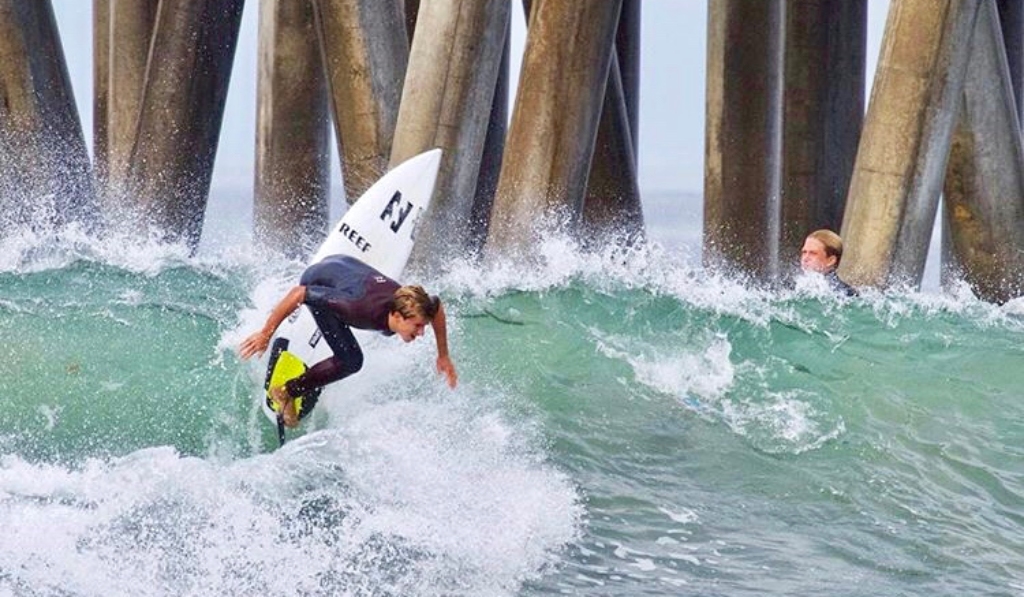 Barbados' Josh Burke is returning to great health and making big waves to demonstrate that he continues to be a force to reckon with on the global scale.

In a historic take of events, Josh has qualified for the Vans US Open of Surfing.

According to a press release from his Manager and dad, Alan Burke, this event is one of the most prestigious and Iconic events on the World Surf League (WSL) Qualifying Series (QS) tour.

It is held every summer at the famous Huntington Beach Pier in California.

This year, 2019, for the first time, at this US Open of Surfing, there will be a Barbadian surfer competing in the 10000 Mens QS event. The 22-year-old surfing sensation "has qualified into the main round of the largest action sports event in America and the biggest spectatorship event on the WSL tour, an estimated one million fans flock to the Surf City of the USA during the event."

In a comment, speaking of this latest achievement in his surfing career, Josh said:

“The past couple years I have been blessed with an invite into the trials, which is an honour in itself, however the goal has always been to qualify, so to check one more goal off my list feels great!”

Josh is fresh off an injury - a Grade 1 peroneal tendon tear, that occurred while training on April 6, resulting in four months of rehab. During that time, he missed six events and dropped from 39th to current 134th on the WSL International rankings.

Working through the pain and therapy towards recovery, he admitted, “Yes during the rehabilitation period it was extremely tough not only physically but mentally, besides the fall in the rankings, just not being able to surf was painful." He is currently in California training and assures he's "feeling very good. I am pleased to say I am back!”