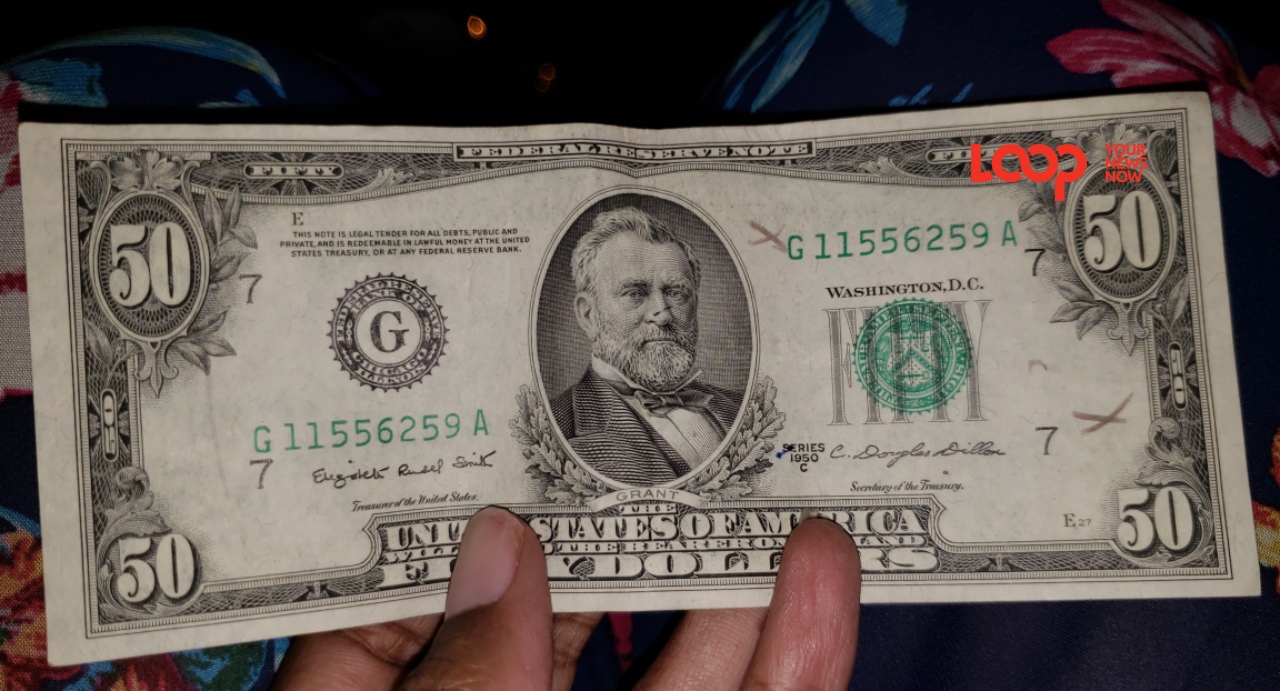 Photo of the money given to the taxi driver.

The Royal Barbados Police Force (RBPF) is once again warning vendors to be extra cautious and do their due diligence when collecting money today, Grand Kadooment Monday.

Loop contacted police to report a fake US $50-bill received by a local taxi operator. He said that it was given to him on a trip from the airport to a Christ Church hotel along the South Coast. The bill was amongst other real bills, so only on checking after the drop-off did he realise that he had been duped.

Police spokesperson Acting Inspector Rodney Inniss told Loop News that he hasn't had any other reports passed on to him, but he is calling on vendors to invest in means of detecting foreign money.

"Be observant. Make sure that when people are coming to them, customers, use the opportunity to get rid of counterfeit money, so you should have your electronic checkers or other means of checking, whether it is the marker or whatever else.

"Don't be caught in the moment of taking a lot of cash at the same time because that is exactly what those people want.

"Double check and secure your valuables."

Further, he advised persons to "make sure you check especially larger denominations and check them well because people use the opportunities such as these to pass off counterfeit money."

The taxi driver showed Loop that he took the matter into his hands to also equip himself with a counterfeit money detector pen marker. The pen reacts to the starch in the paper. If the bill is real, the ink turns yellow. But if the bill is counterfeit, it will turn a dark blue or black.