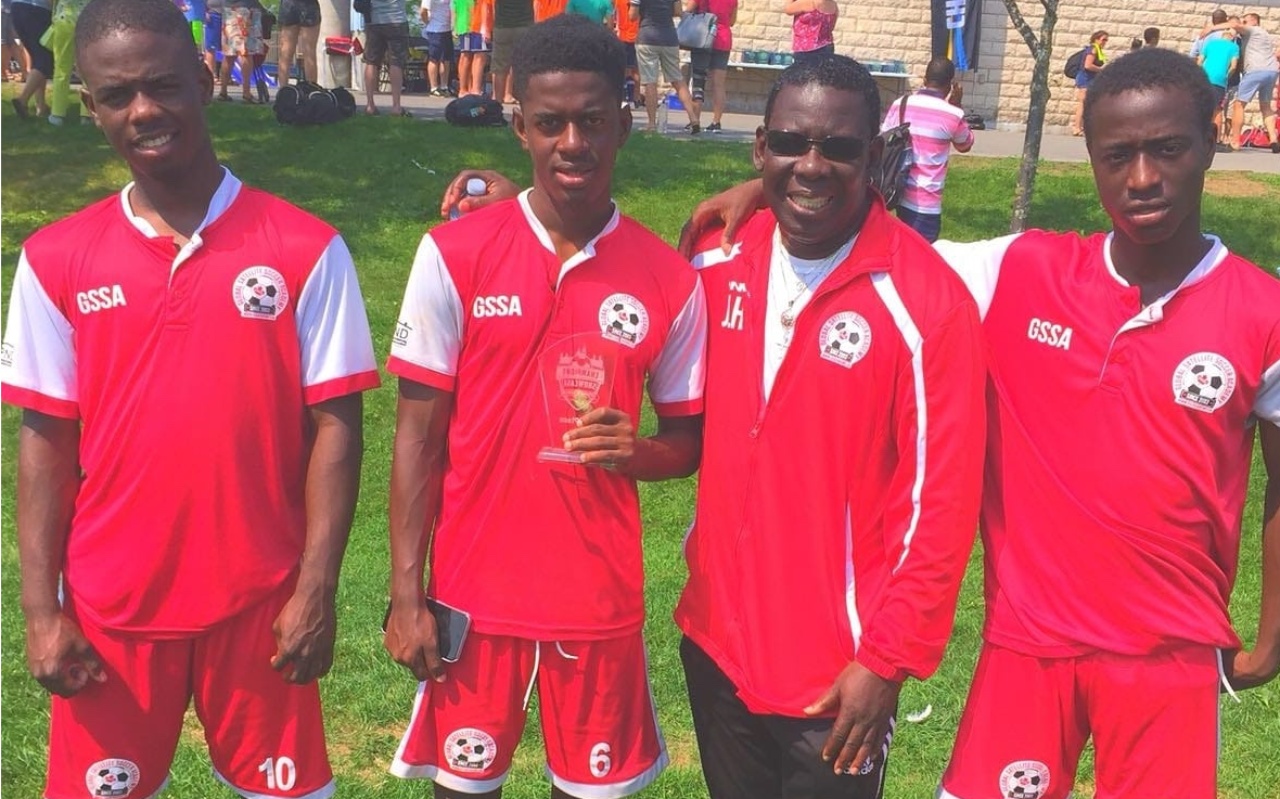 Related article :Footballer off to West Virginia on scholarship

Greaves, a forward, known for his pace and direct approach displayed his goal-scoring prowess with four goals in the Champions Showcase and three more the following weekend in the Hershey Cup.

Hoyte was equally impressive as he registered two goals and four assists in Ottawa and did even better in Pennsylvania as he racked up three goals and three assists.

According to GSSA Director of Soccer Jeff Hackett, "Marshall has been the foundation on which it is all built; smooth, brainy and slick with some toughness in the tackle. He starts the attack from his centre-back position and transitions into the midfield to keep the play flowing”.

The Bajan ballers contribution helped GSSA to a third-place finish in the Champions Showcase after a record of three wins and one defeat.

However, they were not as fruitful in the USA as they narrowly missed out of qualification from their Group B bracket.

Hackett, a former Barbados national player said he has been impressed with the boys’ quick and steady development and he has enjoyed each moment of working with them.

Come back and give back, the 2018 Scholarship, Exhibition bill is high