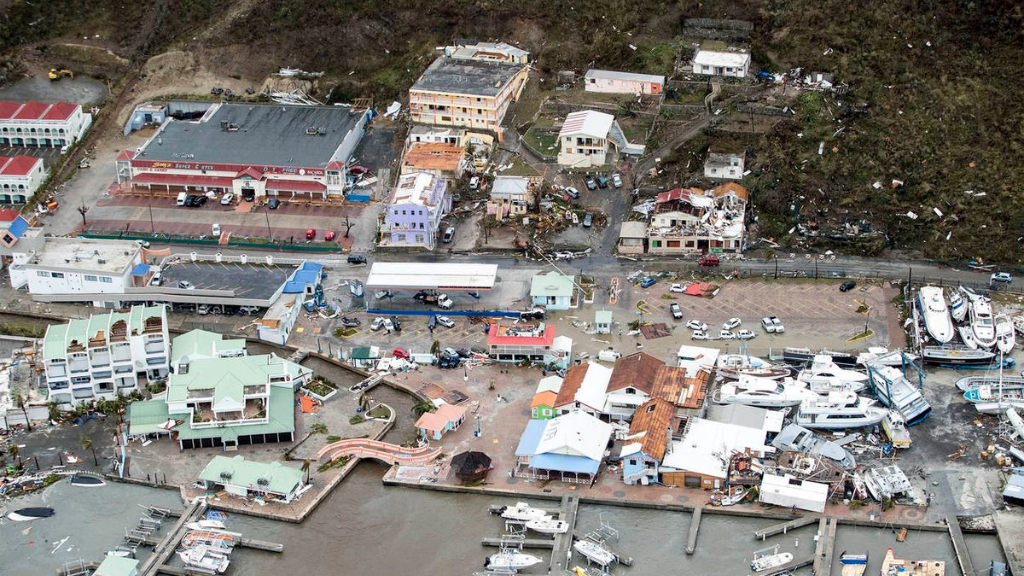 The saying “God is a Bajan” is one commonly uttered when the hurricane season gets going as Barbados often escapes the worst of any passing storms. For some Barbadians living abroad, they hope to still be protected by this age-old belief.

The active 2017 Hurricane season has brought with it the powerful and devastating Category 5 Hurricane Irma which has now taken the lives of at least 10 people as she continues to plummet across the northern Caribbean heading to the US. And there is also another threatening system, Hurricane Jose, hot on her heels.

Loop News made contact with one Barbadian young man, Michael Blackman, who lives in Turks and Caicos Islands with his family. Hurricane Irma is expected to hit that territory early Friday morning and an evacuation order was issued by Governor John Freeman for the Salt Cay on Tuesday. There is also concern about how low-lying areas will be affected.

Blackman outlined the preparations the family has been taking for Irma’s arrivals including securing shutters on windows and placing sand bags at all access points. Other windows have been boarded up and they have stocked up extensively on food supplies and water. They have also designated ‘safe areas’ in the home in the event that the house becomes compromised.

“We're keeping some of the bottled water, canned goods etc. in movable storage and have them at various areas of house that we deemed more secure in the event we'd need to leave in a hurry we could just grab and move.”

Blackman told Loop News, “A cat [Category] 5 is nothing to play around with” and rightly so, considering Irma is bringing with her winds in excess of 170 miles per hour and has devastated islands such as Barbuda, Anguilla and St Maarten.

In reply to questions about why the family did not evacuate, Blackman said the house is somewhat “higher up” in relation to the sea level. He said despite this, they are still very anxious.

“For us Bajans, coming from a land where hurricanes always seem to be coming but never actually come, being on an island that definitely is about to be hit from one of the strongest hurricanes ever formed in the Atlanta in a few hours has us pretty nervous and anxious.”

This feeling is also shared by another Barbadian and former Miss Holetown, Racquel Harewood, who has fortunately seen the worst of Irma pass without major incident. Harewood is in Antigua and she said the winds were very “powerful” but did not cause any damage in her area.

The country of Antigua was able to come through Irma unscathed but its sister island of Barbuda was not as lucky as the destruction caused has left it mostly uninhabitable.

Harewood said there was some flooding to the property but they had done all they could do in terms of preparing. She admitted to being nervous as major hurricanes are quite foreign to Barbadians.

Loop News also spoke with Grenadian-born Sevannah who resides in Miami, Florida. She painted a picture of chaos with many running around trying to get hurricane supplies for the system which is expected to reach them Friday.

She said the situation is “crazy” and trying to purchase supplies is difficult as people are only being allowed to purchase two cases of water maximum. She said she has followed the mandatory evacuation order and will be seeking shelter further up the East Coast.