Bajans have too much money sitting in the bank 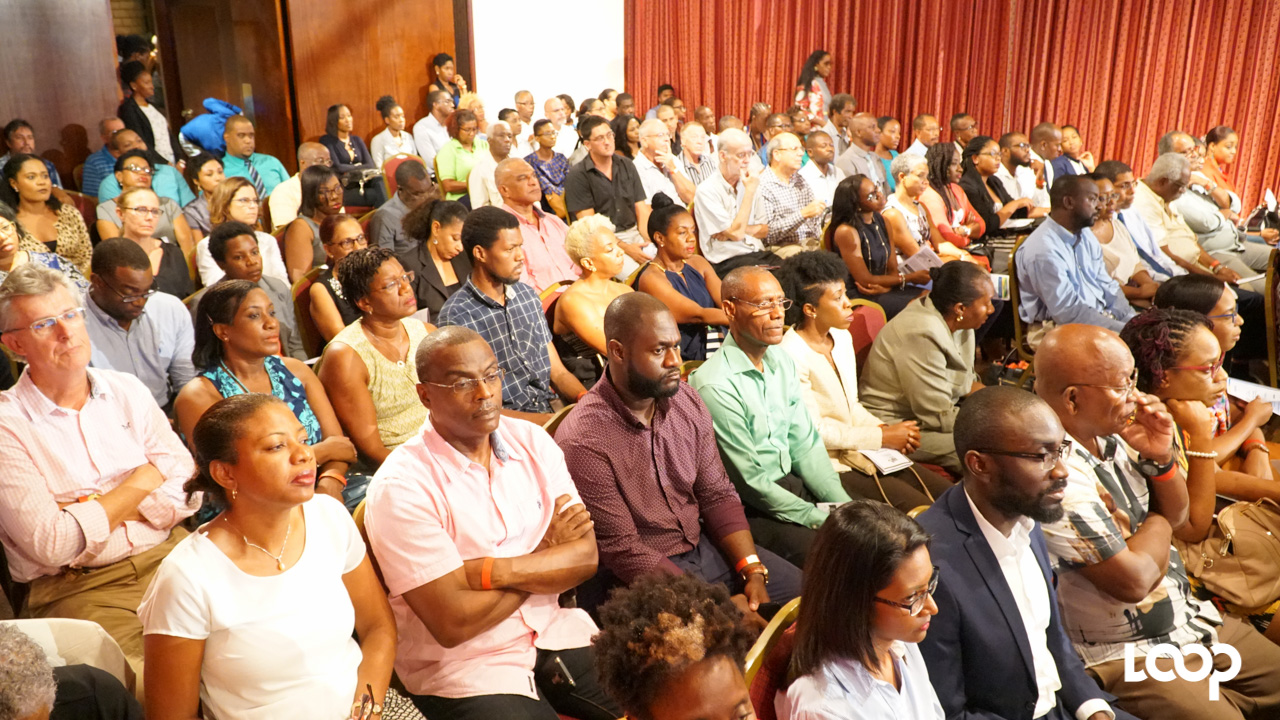 Attendees at the International Business Week Public Discussion Forum at the Grande Salle on Tuesday night.

Barbadians have been urged to increase their appetite for investments.

This was the advice coming from economist and UWI Cave Hill Lecturer, Jeremy Stephen, on Tuesday night as he formed part of a panel at an International Business Week 2017 public discussion on the topic, ‘Thriving in a Crisis’.

Responding to a question on how Jamaica has been able to achieve economic recovery, Stephen noted, among other things, that there was an attitude there that was favourable towards investment as opposed to saving.

He said it is a problem that Barbados is “liquid as ever” but the cash is moving nowhere.

“We could effectively help our own country but all of you have too much money in the bank right now,” he surmised. “That is the issue – Government cannot invest; we need to find somebody that can pick up the slack.”

Meanwhile, Stephen earlier asserted that Barbados should be aggressively taking advantage of international developments to encourage foreign companies to bring some aspect of their billion-dollar operations to Barbados.

“Every crisis is just looking at the glass half-empty. There is so much opportunity out there – you can start with Silicon Valley,” he suggested, adding that more should be done to court investment from China.