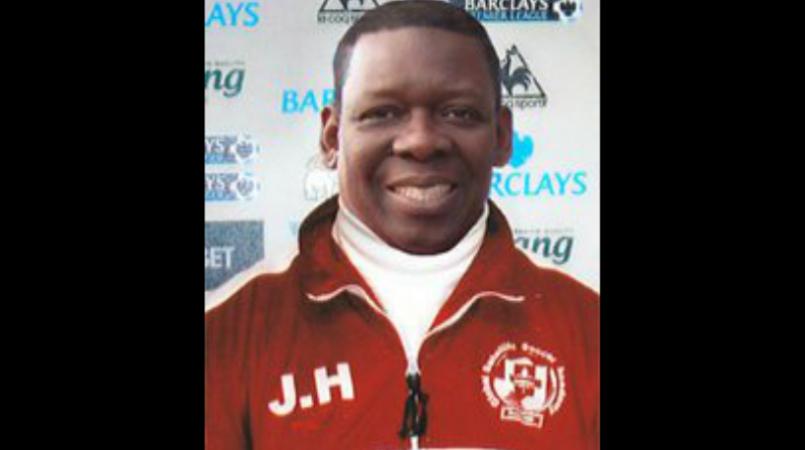 Passion, determination and a will to make his players better is what drives Barbados-born and Canada-based football coach, Jeff Hackett.

Hackett was recently on one his customary visits to the island, having a well-deserved vacation after months of preparation and competition with his club Wexford Wolves and his soccer academy Global Satellite Soccer Academy (GSSA).

However, Loop did not catch up to the former national player on the beach, but at his favourite spot – the football pitch.

Hackett was conducting a session at the recently concluded Barbados Football Association (BFA) Elite Camp with members of the U17 division and you could hear the distinct desire, excitement and glee in his words of instruction to the players as they responded professionally to him.

Considered one of the better midfielders of his era when he represented the Beverley Hill Football Club and the national junior and senior team, Hackett departed for the University of Albany New York 28 years ago on a soccer scholarship. While earning a Bachelor’s of Science in Economics, Hackett also excelled on the football field as he was team captain, an All New York State Player and later inducted into the University’s athletic Hall of Fame. The intelligent, midfield maestro performed so well  that he was offered a contract with Portuguese club Peniche, where he spent three seasons before injury derailed what was to be an outstanding career.

Disheartened and disappointed, but not deterred – it was on his journey to Canada in 1991 that Hackett launched his coaching legacy in the North American region.

Hackett has qualified licenses in Canada, the United States and England, which has made him not just qualified but equipped to prepare his charges for an elite level of football; a task which he has credibly executed.

Humble in his achievements, which includes a number of titles in Canada and the United States, the Technical Director of GSSA cites his greatest accomplishment as being able to give to youths what others shared with him.

“What keeps me going is being able to give back, because I wasn’t supposed to achieve all that I did coming up in Barbados but there were some people who helped me a long way.”

“Every player that I develop, that I work with, I see it in that perspective; helping players get better, to get to another level and achieving something in the game,” Hackett said.

Hackett has continuously aided Barbados while residing in Canada. Last year he offered two national U17 players an opportunity to participate in his elite camp which was hosted by his academy and English professional academy coaches.

Those two players performed so well that Hackett included them on his academy’s annual tour to England where they produced further excellent performances and caught the eye of some of the coaches there.

Hackett has also used his connections to aid the national programme, by providing quality personnel for selection. Barbados' U17 captain Kaeson Trench is a product of GSSA and Hackett believes he will be the first of many that will make the transition into the Barbados national team.

“The kids from Canada who have Barbadian parents, we’ll try to get them into the academy, get them ready to come down to Barbados and make an impact.”

“One of my ultimate goals is to keep Barbados’ football flying high and if we can get quality players coming in and assisting the local lads in their tournaments, in their performances and in their achievements, that’s what Jeff Hackett is about,” said the football educator.

Always on the lookout for opportunities, Hackett cut short his vacation to return home, where he was scheduled to begin negotiations for an exciting football project in China.