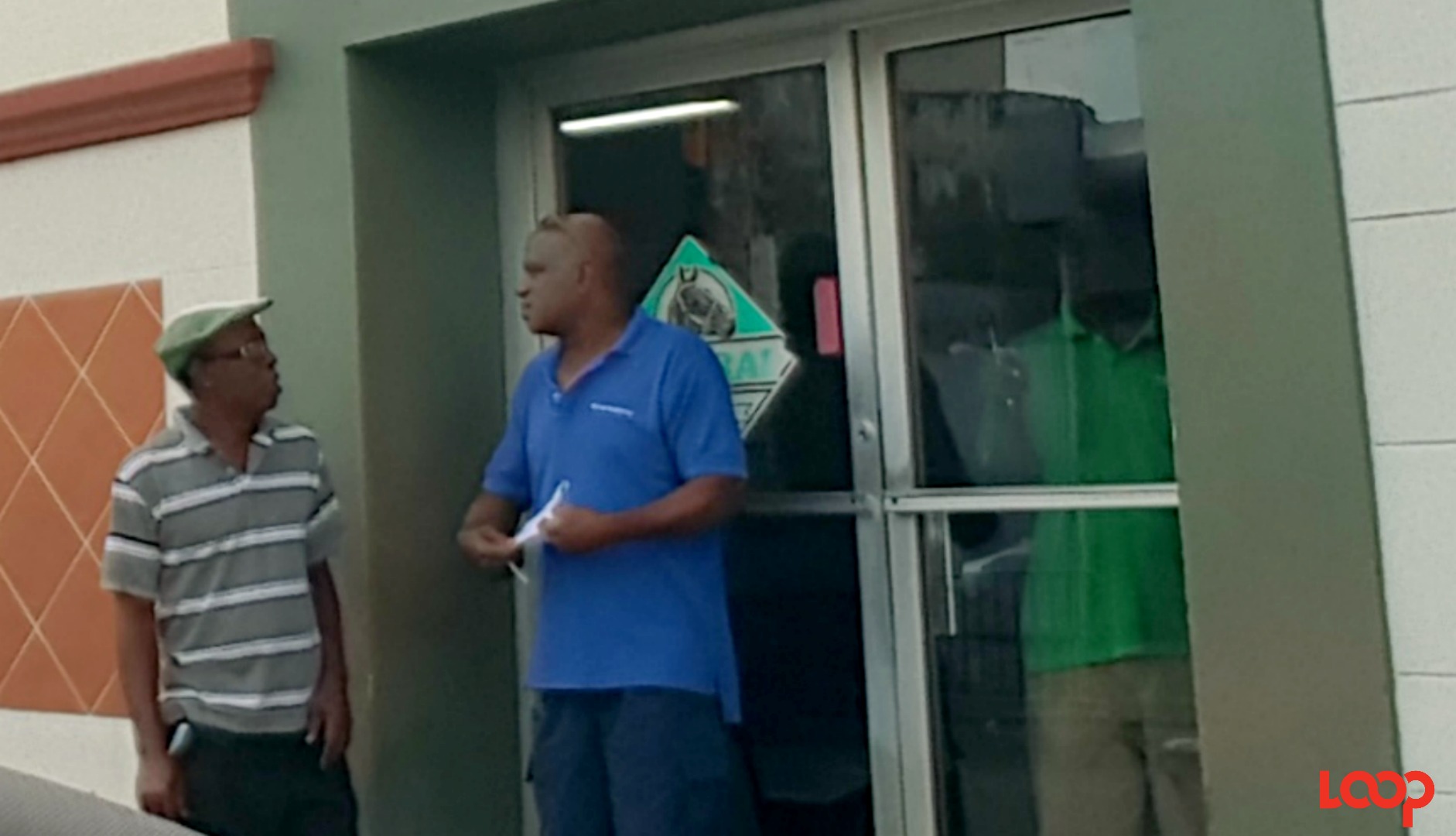 Many Barbadians are upset at the measures suggested by the Finance Minister in the Budgetary Proposal, while others are uncaring.

Gad Man was not at a loss for words as he sat shelling his baked nuts at the entrance to the Palmetto Mall and Market at the top of Swan Street today. He told Loop News:

“So wuh dem gine do? Mek people tek up guns and rob.”

Asked if he believes that is what the newly laid measures would trigger, he added, “Yeah! Wuh if you raising prices pun everything, nuh salary aint raising; poor people getting poorer, all you doing is increasing robbery bout de place ‘n yuh cyan find nuh jobs.”

But he was not without suggestion. Responding to the question of what should government do, he asserted, “Find some way to create some brand uh employment fuh de youts out pun de streets ‘cause right now it aint getting nuh better, it getting worse. You know wuh is walking de street and aint got nuttin? Real thing, is real life yuh know? Dem raising taxes, duh doing all brand uh ting. Dem increasing levies yeh. But what dem doing to help de poor? Name one thing was offered through de budgetical proposal, that was offered towards de poor, one single thing to help the poor people in this island. Not one thing!”

Standing outside a betting establishment near Marhill Street, Errol said, “De budget is bare foolishness - all of it.”

Giving more details, his friend Dexter said, “All I can tell you is it’s more sufferation for we as people and it always seems to me that these budgets instead of helping de average person, it keeping them down. I believe when you do things to affect the social welfare of people there is a lot of other things that you could’ve do.”

Prompted to give his own suggestions, he said, “Yeah, sell off some of the things whether it is properties or enterprises that they got that do not make money; they can’t sell de ones that make money. They gotta sell de ones that is not doing nothing. Sell CBC. Dey shoulda keep de Hilton and sell CBC. CBC don’t mek nuttin. CBC got dem in de red.”

Errol and Dexter said they could not understand why an entity, which is seeing profits, would be sold.

But Errol added, “Four years ago if they had tek de measures that they waan take now, probably we should really be seeing a lot of growth, but I guess they operating based off their political survival rather than the concerns of the masses of the country. It’s better to take a little pain early.  A lot of countries in the Caribbean showing growth and we remaining stagnant and we dropping all de time; we ratings dropping all de time. If we did tek these measures fours year ago, today I believe we would be a lot better.”

In Loop's poll issued last night following the Budget as laid by the Minister of Finance Christopher Sinckler, the results showed that most voters found the measures to be 'harsh' as well. Responding to the question of 'Are you satisfied with the 2017 Budget?' of the 400 total votes, 302 people or 75.5 percent voted 'No - It was too harsh'. 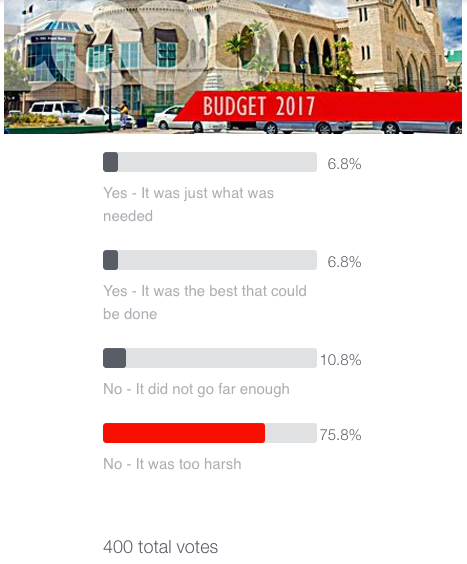 Meanwhile, one lady sitting by the shops located at the back of the parliament buildings in Historic Bridgetown, summed up what quite a few apathetic persons were saying. She said, “What yuh could do nuh? If de budget good or it bad, dem done decide so it ain’t mek nuh sense talking ‘bout it. Dem done do what dem want and yuh gotta live wid it.”

And that was a very popular statement all day on the Town, “yuh gotta live wid it.”

Economist: Budget must deal with energy