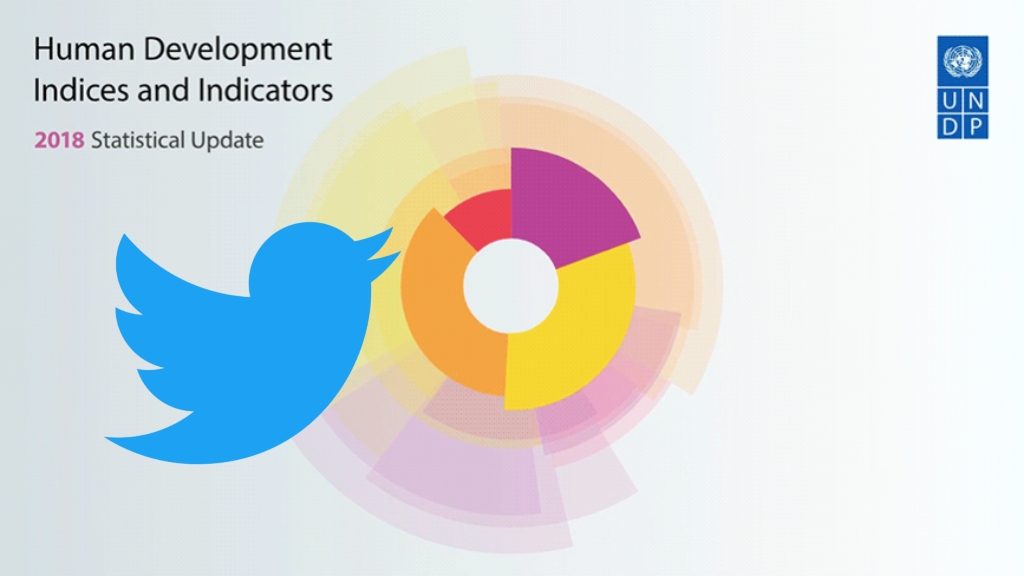 A tweeter under the Twitter name ‘Mauby Mami’ mashed some corns when she posted the High 2018 Human Development Index-ranked CARICOM countries as the most developed Caribbean countries by mistake.

Unfortunately, she forgot The Bahamas and Barbados, which both boast very high human development indices above the rest.

‘Mauby Mami’ was parading Trinidad and Tobago as the most developed Caribbean country and saying that it was according to the United Nations (UN). But even though Bajans quickly corrected her error, the damage had been done.

There were even some “Bajans” sacrilegiously talking about Barbados as underdeveloped. They hopped on Mami’s ignorant tweet and showed their inability to conduct independent research.

However, don't take LOOP News Barbados' word for it... Check the UN for the Facts - 2018 HDI Statistical Update. The UN said it not us!

But either way, the truth is out and many other members of Bajan Twitter had a hysterical laugh at the expense of the “under-developed” tweet. 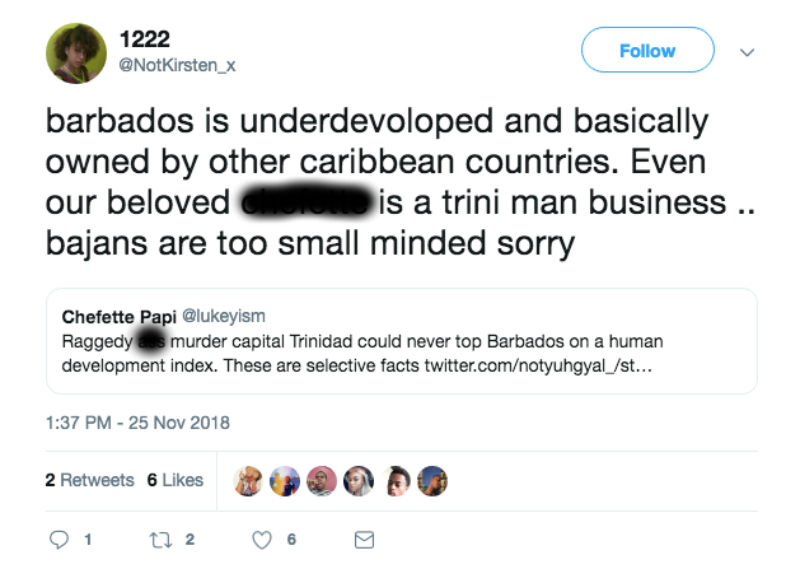 Here are some of the funniest Bajan “under-developed Barbados” tweets:

Photographer ‘Krisshotit’ started off the thread with - Good morning from my underdeveloped country everyone. I'm about to get up and go down to the stream to collect some water to boil some eggs for breakfast. How's everyone doing?

Ryanmattis - I went spearfishing at 6AM. I'm having trouble starting a fire at the moment with all the rain from last night; my tinder got wet.

NVMiko_xo - found a dollar on the road on my way across the minefield to the man that makes shoes from plastic bottles. it made me so happy. i’m one dollar closer to being able to afford a hut for the window I found 6 years ago.

9_milla_metre - Just come back from gathering fruit to eat for the rest of this week, took so long because I had to run from the green monkeys that call this island home. Back home on one piece though.

Beatof_theHeart - Woke up at the crack of dawn to go wild boar and coney hunting with my family. Sadly it wasn’t successful.

PrettyMothaFckr - Rain fell and my mud hut collapsed, gotta rebuild it in the morning so just here resting on some banana leaves until sunrise

Ishaboisuprb - ow get back home from hunting chickens with big rocks. Had to walk 5 miles but everything irie.

Tyquan_Neblett - My brother and I had to swim after some flying fish this morning but they got away, we were this close to going hungry but then we luckily caught some wild boar so the village eat pretty well tonight

Pounjabii - The internet now reach my side..a steel donkey chase us out the cave early as ***...hay preein a sleep in tree

KingSaash - Boy. I try my dear best to keep the fire going overnight after that rain. Just giving the sun God thanks that I was able to hunt a chicken for two eggs and found a cow to sacrifice tonight.

In the words of tweep ‘Oriad’, “This is why Bajans remain UNDEFEATED!”