Skip to main content
Breaking News |
Weather system becomes bigger and more organised in less than 12 hours
CMO sticks by his decision to give Senator Cummins 'go ahead'
Ghanaian nurse tests positive for malaria, three more to be tested
Man flies in on private jet from Turkey tests positive for COVID-19
COVID-19 patient, 37, dies as Jamaica records 20 cases in 24 hours
Prisoner in Trinidad tests positive for COVID-19
Hundreds of locals turn up to march for #JusticeforDemarco
Coronavirus cases in the Caribbean as of August 10 at 8 am: 116,255
It's the 3rd time a hurricane season has been named 'extremely active'
60 per cent chance of a tropical depression this week

Bajans should be ashamed as tourist shares photo of garbage 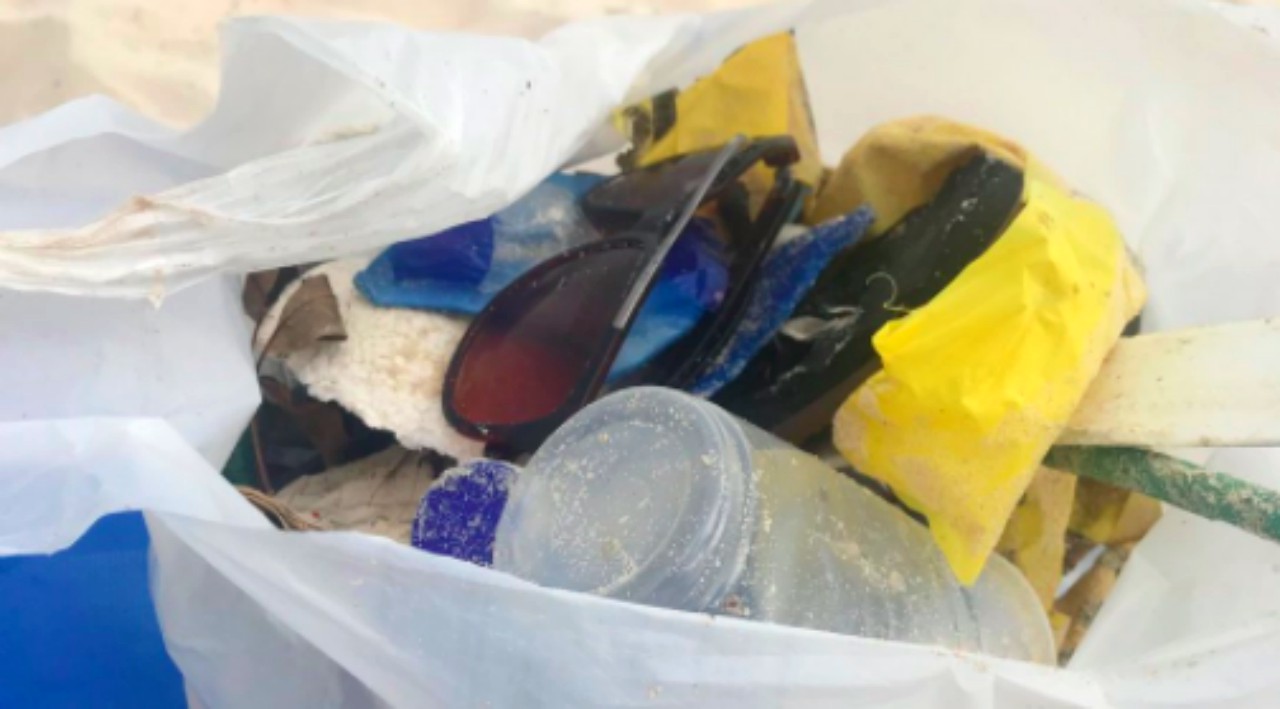 A British visitor did the two-minute beach clean-up challenge at Barbados’ Crane Beach and her photo is "shameful".

“Shame, shame, shame on polluters! Visitors come because they love beautiful Barbados and are from places where people have respect for themselves enough to not live in garbage. That's why they #PickUpDeTing!”

Rebecca, whose Twitter profile describes her as a Global citizen and animal advocate, posted her photo along with the caption, ".@2minbeachclean One of the most beautiful beaches in the world #CraneBeach #Barbados So much plastic washing up. #oceanplastic"

She even included a sad face emoji.

In the bag of garbage were plastic cups, sunglasses, Styrofoam, straws and other plastic items.

Harding said that this should push Bajans to can get involved with the #2minutebeachclean #2minutelitterpick too, “but more than that, we need to change perceptions, so that people would be ashamed to rubbish Barbados.”

The challenge was created by surfer and writer Martin Dorey, He lives in Bude, Cornwall, England, and the challenge rules are simple – “Take 2 minutes to pick up litter, snap it, tag it & post it #2minutebeachclean#2minutelitterpick.”