Bali to shush social media for Day of Silence 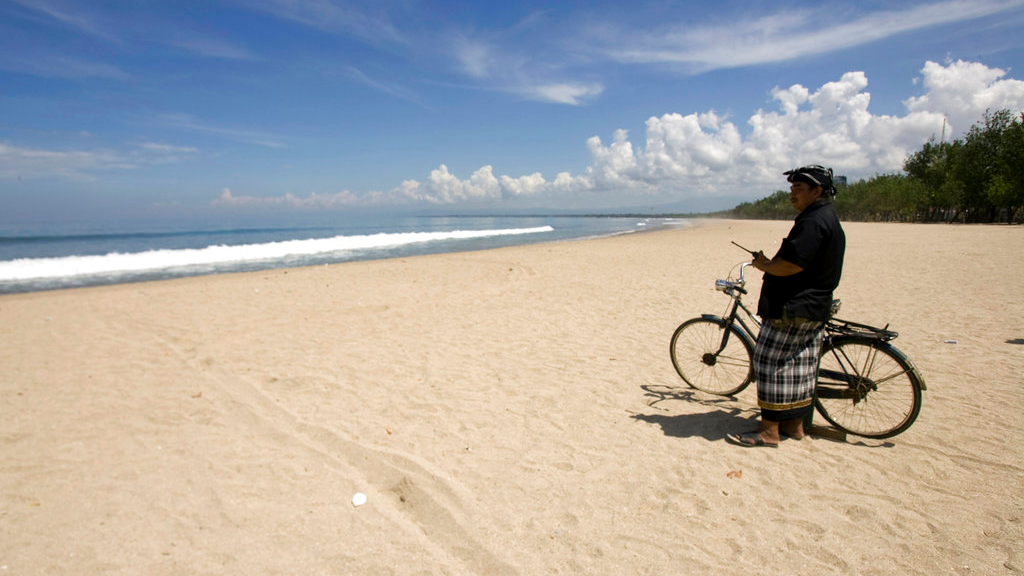 FILE - In this March 16, 2010 file photo, a Balinese traditional security guard called "pecalang" patrols the empty Kuta beach, a famous tourist spot on the island, during "Nyepi" or the Day of Silence in Bali, Indonesia. (AP Photo/Firdia Lisnawati, File)

Bali's annual Day of Silence is so sacred that even reaching for a smartphone to send a tweet or upload a selfie to social media could cause offense. This year it will be nearly impossible to do that anyway.

The head of the Bali office of Indonesia's Ministry of Communications, Nyoman Sujaya, said Tuesday that all phone companies have agreed to shut down the mobile internet for 24 hours during "Nyepi," a day marking New Year on the predominantly Hindu island.

"Let's rest a day, free from the internet to feel the calm of the mind," said Gusti Ngurah Sudiana, head of the Indonesian Hinduism Society. "Many Hindu people are addicted to gadgets," he said. "I hope during Nyepi they can be introspective."

On the day meant for reflection, Balinese stay home and stop using electricity. The airport and shops close and guests at resorts are asked to keep noise to a minimum. Beaches and streets on the usually bustling island are deserted except for patrols to make sure silence is observed.

Bali's religious and civilian leaders including police and military chiefs made the request to the central government earlier this month.

It will be the first time the Internet is shut down for Nyepi, which this year begins early Saturday. The same request was made to the government last year but was not implemented.

Sujaya said shushing social media will become the norm for the Day of Silence in the future. Television and radio broadcasts will also be silenced as usual.

"Wi-Fi at hotels, public services and vital objects such as airports, hospitals, security forces and banking still can run normally but with minimal use such as emails," he said.

Judge: Your social media posts can have consequences in court