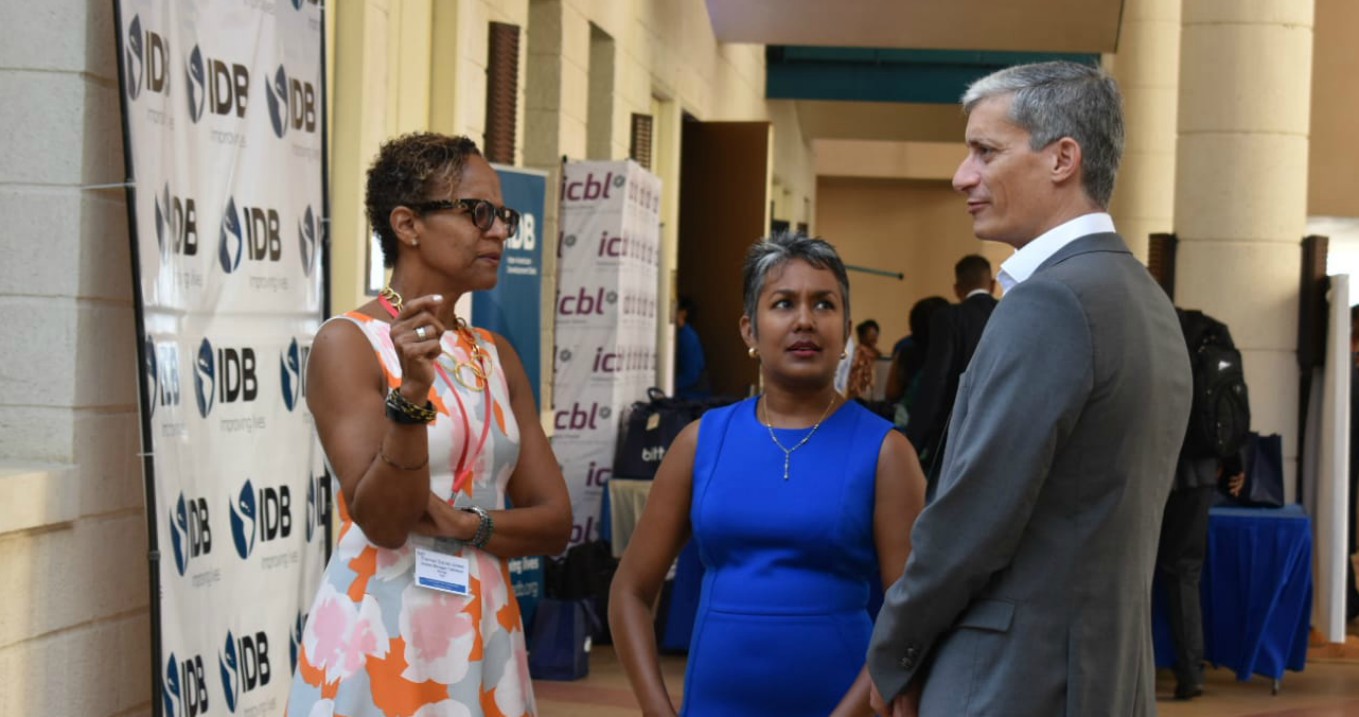 Adams told attendees it has been a challenge getting commercial banks on board, with one bank demonstrating an outright “obstructive and anti-competitive" stance to Bitt Inc.

He said there has been mixed reaction by banks to the digital currency technology.

“Some are sympathetic, some are hostile. To all those groups we are seeking to demonstrate what we and thousands of users know already and that is digital currency is ready to be used as a complement to existing payment methods.”

He shared a recent experience with one commercial bank which point-blankly refused to do business with the company. Adams explained the bank had been stalling on signing a contract with Bitt and had gone so far as to refuse to cash out the mobile money of merchants who had conducted transactions over the Mmoney app.

He said his company had made multiple appointments with the bank to discuss a way forward and after having the appointments cancelled, a bank representative informed Adams that the bank’s “stakeholders are not supportive of the initiative at this time”.

Adams said he felt “affronted as a Barbadian and as a consumer".

“It is one thing to be competitive, we ask no one to do us a favour. But it is another thing to be obstructive and anti-competitive. And the line between the two is not thin. All we are asking is that we cooperate and compete.”

He also took issue with comments made by a CEO of another commercial bank who was quoted in the media as saying the mMoney platform is a “potential danger to the financial system”.

“So his stance was really a competitive one from a bank … we have already seen one bank lower its transaction fee to one merchant we work with by over 50 percent to try to match ours.”

Adams stressed there was enough room in the market for both fintech companies and commercial banks to co-exist and compete.

He accused local banks of operating in the same way as global correspondent banks who, with no good reason, were de-risking financial institutions here.

He added that financial technology companies can operate with an “open banking approach” in collaboration with local banks.

Jubilee Cryptocurrency Exchange to partner with DigiBank in Dominica