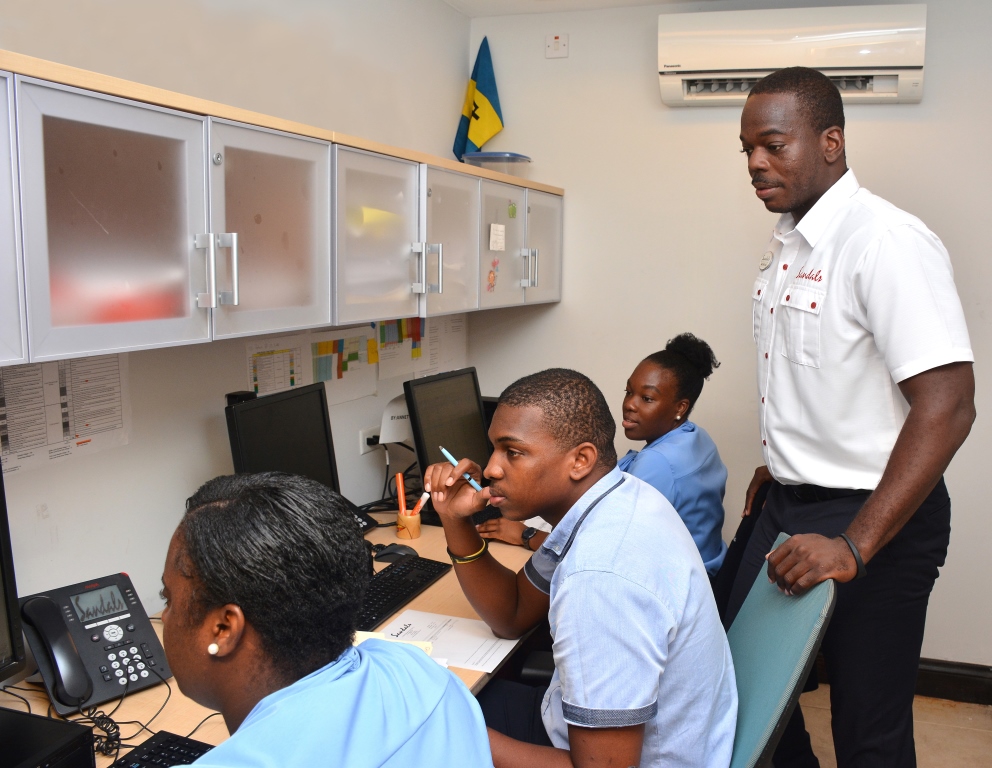 A Barbadian is at the Head of Hotel Operations at Sandals Barbados and Sandals Royal Barbados, yet working in the Tourism industry was not his childhood career choice. 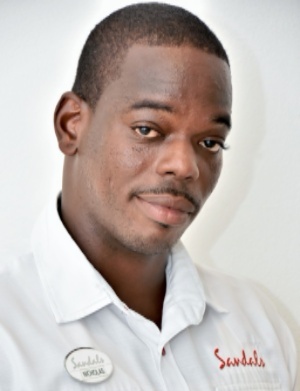 Nicholas Jordan has been appointed as the new Hotel Operations Manager. He was promoted to the position on January 1.

The 33-year-old, who was previously one of the youngest persons across the entire chain to hold the post of Environmental Health and Safety (EHS) Manager and he also doubled as Duty Manager on occasion, at both resorts, was honoured by the elevation.

“It is a tremendous honor for me to be afforded this opportunity.  I am confident and excited to fulfill this role with the support of the entire Sandals team.”

Jordan has flown the Sandals Barbados flag high over the past few years and thanks to his efforts and attention to detail, Sandals Barbados was awarded the Earth Check Silver Certification status, which speaks volumes to the levels at which the hotel operates environmentally.

General Manager of the two resorts, Fernand Zievinger, commended Jordan on his achievement and said he looks forward to seeing more local promotions.

“To be the best you have to hire the best. That is the mantra that has been etched in the Sandals Resorts International success model and it is no different when it comes to Barbados.

“I congratulate Nicholas for all his hard work and determination. He is the true embodiment of the ‘Bajan’ spirit in his work ethic and personality.  Promotions are always special but when it’s someone who you know can manage the job and a native of the island, it makes it all the more special,” said Zievinger.

But Jordan’s path to the top at one of the World's top luxury couples resorts is not textbook.

His story is one of change and adaptation as he admits it took him a while to become fully comfortable in his decided profession.  After graduating from the York College, City University of New York with a Bachelor’s of Science Degree in Environmental Health Science (EHS) in 2008, he got into the hospitality industry as a secondary option while waiting on a Public Sector job offering.

“I decided to move back home in 2009 after gaining experience in EHS working at the College I graduated from in New York. I was interviewed in Barbados later that year for what I thought would have been my dream job in Government however, no one told me how long it would take to be confirmed.”

It was during that time a suggestion from his cousin landed Jordan a bar-tending job at Almond Casuarina Beach Resort.  During his time there, the Combermere alumnus was promoted to Guest Services Coordinator and then Guest Ambassador, before he finally got the call he longed for, landing him a job at the Environmental Protection Department for just under two years.

“This was a wonderful experience in itself, however, one day the hotel manager from my former job called and told me she needed my assistance at Almond Hotel. What was to be one evening became two and then turned into every weekend, until the property became like my second home,” Jordan explained.

When Almond was bought in 2013 by Couples Resorts and later by Sandals, he admitted that he was unsure about his future but after a meeting with the General Manager at the time, Josef Zellner, he knew that Sandals was where he wanted to stay.

He said, “In that meeting Mr. Zellner explained what was expected of me and how my role would change and said that I had his total trust - just from one meeting and I was blown away. The rest is history!”