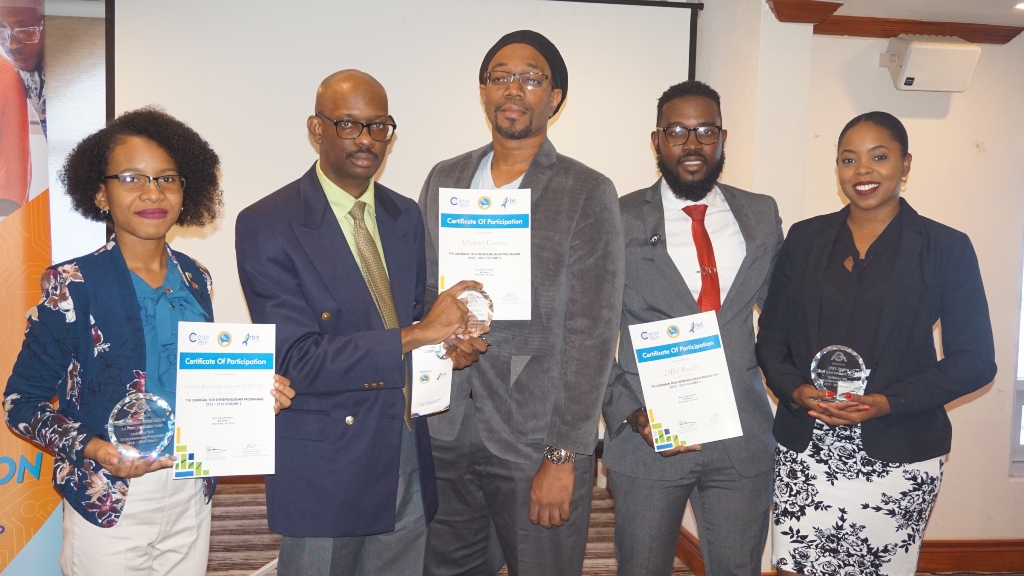 Marc Gibson Center alongside his business Partner Adriel Alleyne to his left with other members of the Validation Program of CTEP.

At the end of this year's Caribbean Technical Entrepreneurship Program (CTEP), out of the many from across the region who stood tall and placed, one Barbadian applicant remained among the best entrepreneurs in the Caribbean.

Barbadian Marc Gibson was one of the standouts of the now completed CTEP program sponsored by the Caribbean Development Bank (CDB).

Marc was the only Barbadian to make it to the very end of the program and placed Second in the Validation section, which is specifically for start-ups that have invested in their business idea to the point that they have a prototype or minimally viable product, a business plan, a team with roles and responsibilities, and possibly some paying customers. 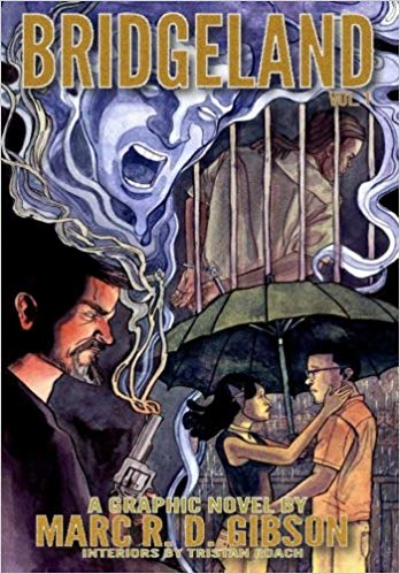 CTEP is an online incubator and accelerator four-month program with 90 start-ups and is held throughout the CDB's 19 Borrowing Member Countries.

Marc was among the final 9 teams in the competition and placing second was a high achievement for the Barbadian entrepreneur.

He went on to describe the experience as "different but amazing for the level of connectivity with other regional entrepreneurs.

His brand, Alluhwi Comics, is the Caribbean's first mobile platform for comic books and graphic novels of all genres, from creators in the region and the diaspora. Their main goal is to make it easier to read Caribbean comics for the millions of fans here in the region, the near diaspora and beyond.

Attempting to grant greater accessibility and affordability, Alluhwi Comics uses a subscription-oriented model, where for the average price of a single comic book, fans get monthly access to titles from the Caribbean.

Marc has been serious about comic books since the age of 10 and has published his own comic called Bridgeland under his comic brand, Bolt From The Blue.

Also working with film production on movies such as Payday and being a strong supporter of the arts industry in Barbados, Marc has worked tirelessly to promote the art industry and business in the country.

He is also laser-focused on reaping the rewards the CTEP program has laid out for him.