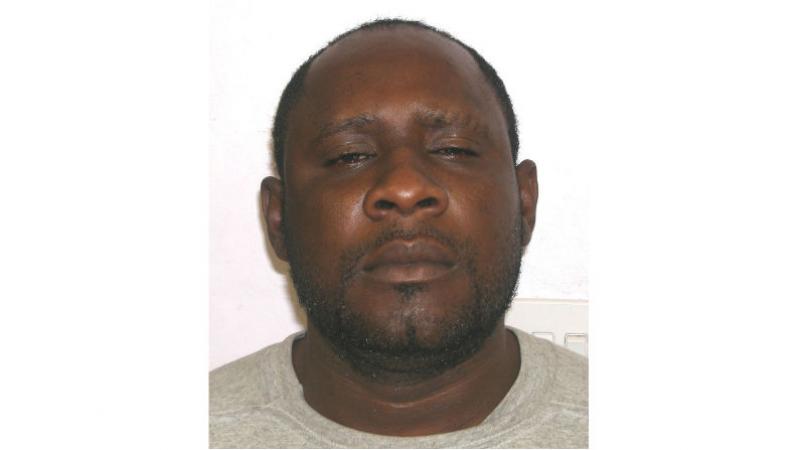 Hainsley DaCosta Browne. He was the subject of a wanted notice from The Royal Barbados Police Force in November 2015.

COLUMBIA, S.C. - A fugitive who's been on the run for months from Barbados authorities was arrested in South Carolina on charges that he scammed elderly victims out of more than $100,000, federal officials said Sunday.

The U.S. Marshals Service said in a news release that Hainsley DaCosta Browne was arrested in Fairfield County, South Carolina, hours after a media alert was sent Friday asking for the public's help.

He was wanted in Barbados on accusations that he ran a phone scam to convince elderly people to pay him money by saying he was a needy relative. Authorities believe Browne defrauded his victims of $130,000.

Investigators received information that he had come to South Carolina late last year after fleeing Barbados and was attempting to run the same scams in the U.S. The Marshals Service said he had been using multiple aliases and also went by the nickname "Barbados."

Authorities say he has a lengthy criminal history in Barbados, where he was also known as "Fabian", "Jah Man" or "Scruff". His last known address in Barbados was Drax Hall, St. George.

A task force that included the Fairfield County Sheriff's Office took Browne into custody without incident.

"Individuals who prey on the elderly are devious," said Kelvin Washington, U.S. Marshal for the District of South Carolina. "This international case has shown no matter where fugitives attempt to hide, law enforcement partnerships across the globe will always prevail."

Browne was being held in jail pending a hearing in federal court on efforts to return him to Barbados for trial.
Marshals Service spokeswoman Amanda Lyons said that he will be advised of his right to an attorney at a court hearing, but she didn't know if he had a lawyer yet.