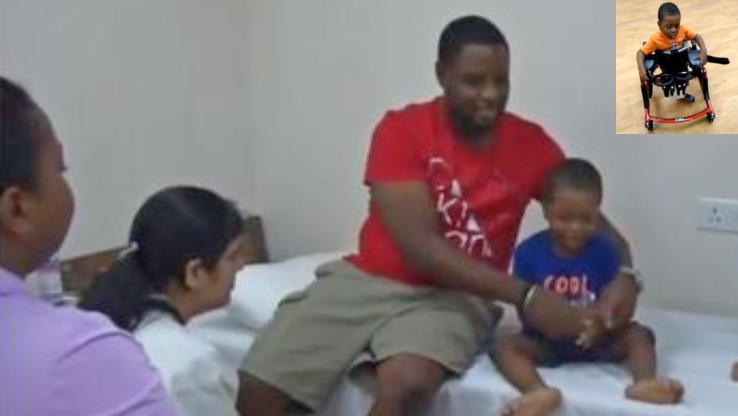 Ronnie Ketter plays with his son Kymani, at the IBS Hospitals in India. Insert: Kymani using his walker.

At just four-years-old, little Kymani has had to endure challenges that some adults will never face, as his loved ones seek to ensure he has a brighter future.

This happy boy is ready to lift off and discover the possibilities of life, but one thing is holding him back from doing just that - being bound to a wheelchair.

Little Kymani Ketter was born with cerebellar atrophy, which causes the degeneration of the nerve cells in the part of the brain which controls coordination and balance. He attends the Sunshine Early Stimulation Centre, as this deterioration disease affects his muscles and his motor skills consequently.

His father Ronnie Ketter, spoke to Loop News about the condition which has transformed his everyday life, stating that "it has been really hard." He however stressed that despite it all, his sons' ability to be  "really loving and really sweet" melts his heart and further propels him to do all that he can to give Kymani "a normal life". 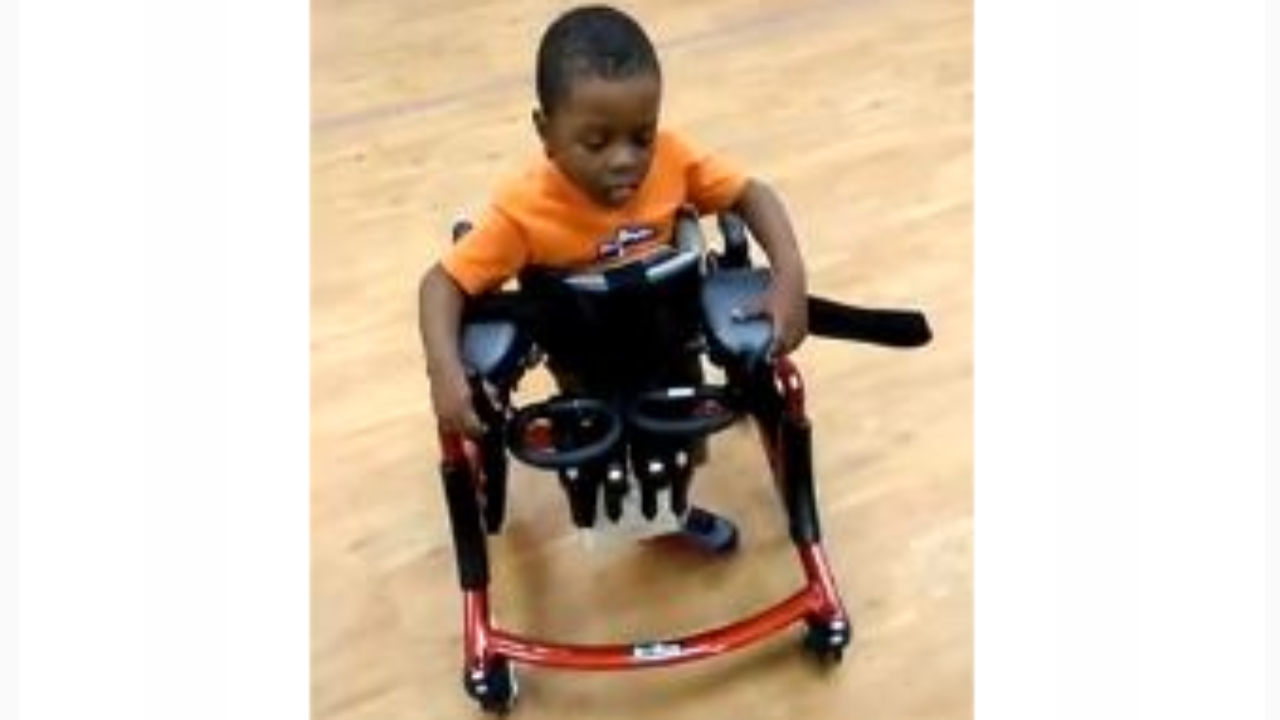 Ronnie said that while the process of seeking help has been a journey to medical institutions around the world, there has been some progress made so far:

"He has a case called cerebellar atrophy, where the cells in his brain are degenerating.

"We had a consultation at McMaster Children's Hospital in Canada, because there is only so much we can do here in Barbados, with the main focus being on therapy. But he couldn't see, hear, or walk and the therapy wasn't effective in dealing with these, so we went there and they referred us to the IBS Hospitals in India, where we went and got the first surgery done.

"He was seen by a medical team there, where we did a full set of blood work and blood test, and then they did a stem cells treatment that his feet started to progress and his vision was no longer delayed - they helped us with different techniques for his sight and he did intense physiotherapy for his feet. We were there for just over a month two years ago [in 2016] and saw such good progress."

All of this has however placed tremendous strain on Kymani, who needs to urgently receive his final treatment, as the situation becomes less treatable as he grows:

"We had gotten the first wheelchair, but he has grown out of that because he is starting to get taller, so we had to get special shoes; braces: brackets: we had to get the band for his stomach and his core. There is also a special walker that he is using right now that doesn't go back, it just moves forward and this helps him with balance and his fine motor skills, because he can't do anything like that as yet - it's just been one thing after the next."

Ronnie further explained that doctors from Phua Hospital in China have visited Barbados and they have made a trip to the institution in Beijing since their trip to India, to conduct "a followup treatment for him and we have to go to Beijing now to have the final treatment done."

After seeking a range of measures to raise funds for Kymani there has been some success and now Ronnie is trying to accumulate the remaining funds to give his son the opportunity to live a normal life, as it "will help him to walk, with his speech, his spine and his core:

"All the fundraising we are trying to do is because there is a big need for this treatment, because they said that what would happen is that he would give the indication that he wants to walk and stop there. So this is the final treatment now and we're trying really hard to get up there - it's just to get the funds raised. It's really hard because I try a lot with social media and so on, but I can't get the volume needed.

"The problem is that he is getting older, so we don't want him to reach five or six-years-old like this because it will be harder for them to correct."

Ronnie is therefore appealing to Barbadians to assist his family in gaining the $50,000 USD needed to have this final life-changing surgery. He has set up a GoFundMe page which he is urging persons to visit and make whatever contribution they can: Click Here To Visit The Page

With anticipation in his voice, he thanked Barbadians for the help they have given so far and will make to transform little Kymani's life.