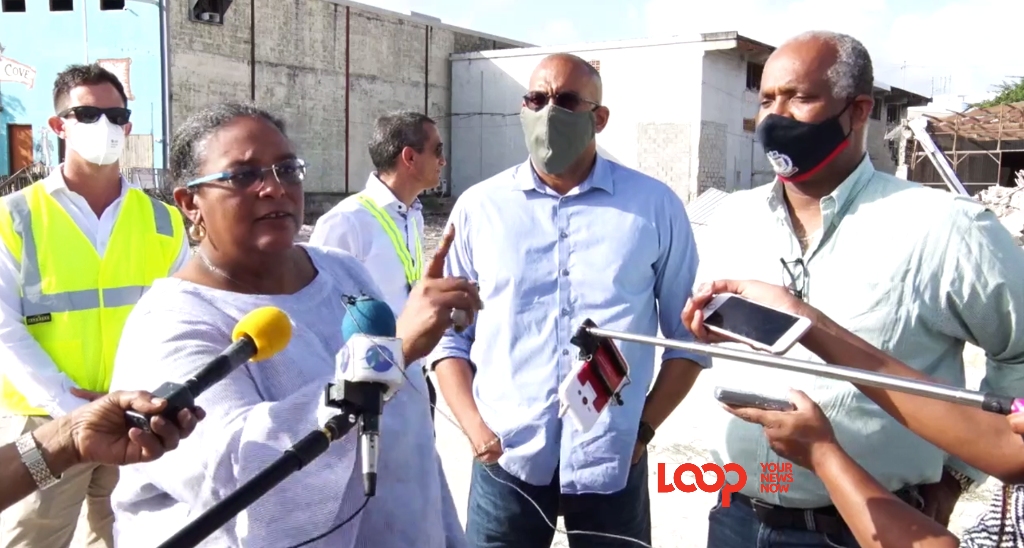 Government has not walked away from negotiations with the Mirchandanis as it relates to negotiating a purchase for their land along Bay Street.

Having offered $10 million to the Mirchandani family to give up the site immediately at the onset and then negotiate further because the country was entering a BERT programme, this offer did not fly by the landowners in the least, explained Barbados' Attorney General, Dale Marshall.

“The Mirchandani family have had many opportunities to sit with us . . . We’ve had many meetings, eventually to the point where it became clear that we could not reach an arm’s length transaction. The government then had to use its powers under the Land Acquisition Act to acquire.”

Marshall was making the point in support of the Prime Minister's brief comments, urging that the government has tried to peacefully resolve this issue. The duo was speaking at today's press conference (May 15) after a tour of the site for the Hyatt Ziva Hotel along Carlisle Bay on Bay Street in St Michael.

Marshall assured the media that the government was willing to pay a reasonable amount of money for the land where Liquidation Centre is located but had to fight against the Mirchandani family who wanted well over BBD $30 million.

Prime Minister Mottley, who was standing on the sidelines, interjected that the land was not worth the amount which the family requested. She said $4.5 million was the land tax amount, and in the past, the landowners squawked at that figure deeming it an excessive valuation annually. According to her, they found that valuation for land tax purposes to be "way too high". Yet the government offered $10 million and was turned down. Giving the Mirchandanis the benefit of the fact that at this time and over the years the value of the site would have increased, they were allowed to get another valuation. That new valuation came in for $8 million. Smiling, the PM said: "Now don't take a six for a nine . . .On behalf of the people of Barbados I have a fiduciary duty and will not trifle with it!" She said that the maximum offer remains $12 million.

The AG stated that at this moment, the government has not shifted from that last offer of $12 million and hence the "impasse" continues. However, there is still hope on the side of the government to negotiate with the Mirchandani family to move forward. "But every step of the way" the family is still refusing.

The Prime Minister said, "We cannot put this country's development on pause." Noting that she'd love "a win-win agreement," she reiterated, "I'm ready, we're ready to resolve that part of it."

By way of the Hyatt Ziva, a couple thousand Bajans will be employed. It is a "credible development". Therefore, she stressed, “We must ask ourselves, where is the greatest public purpose? Which one will give us the greatest number of jobs? Which one will lead us to gain the biggest earning of foreign exchange? . . .

"I pray that the two sides can meet again and that we can reach something that is fair to them but equally fair to the taxpayers of Barbados”.

Mottley reminded that "there were many other ways to deal with it [this matter]", but as the AG pointed out, having this impasse move into being a judicial matter is not something novel but it was never the government's first resort. The Mirchandanis can seek recourse through the High Court now. "But we are still willing to sit with the family," the AG beseeched.