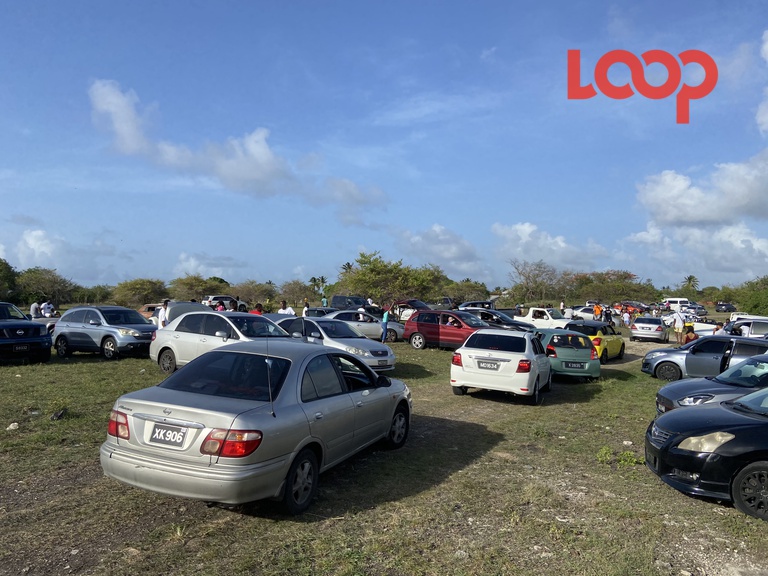 Barbadians have turned to island tours and drives for entertainment and leisure, during these times of social distancing.

Since the reopening of the country, some locals have been hesitant to return to the party scene. While cruising has recommenced, as well as nights in St Lawrence Gap, there are still some who are reluctant to socialise in large numbers.

What started as a joke with Bajan Twitter calling for an outing after three months of being indoors became a reality due to Amanda Parris.

Organiser, Amanda Parris told Loop News she was amazed by the turn-out, with over 100 people in attendance.

"I am overwhelmed. I did not expect so much people to be here, to be honest. I am happy. It started off as a little gaff and then Mount Gay reached out for the tour . . . we partnered with car rentals, people with small business hustles and some of everybody turned out," Parris said.

Parris said that she scouted the locations with the mindset to offer locals something that they might not have experienced before. She revealed that Cole's Cliff was discovered by accident as she was making her way to the Animal Flower Cave.

"Everybody likes island drives but at the same time we stop at the same stops all the time so I was like let us find different places to stop at, see Barbados for what Barbados really is because we are big on exploring and everyone trying to move past feting because of coronavirus so I was let us do this."

Parris disclosed that she will be partnering with the Barbados Youth Development Council for Treasure Bim!: The Ultimate Scavenger Hunt slated for August 2.

PM: Brand Barbados and the tourism product in for a 'Reboot'