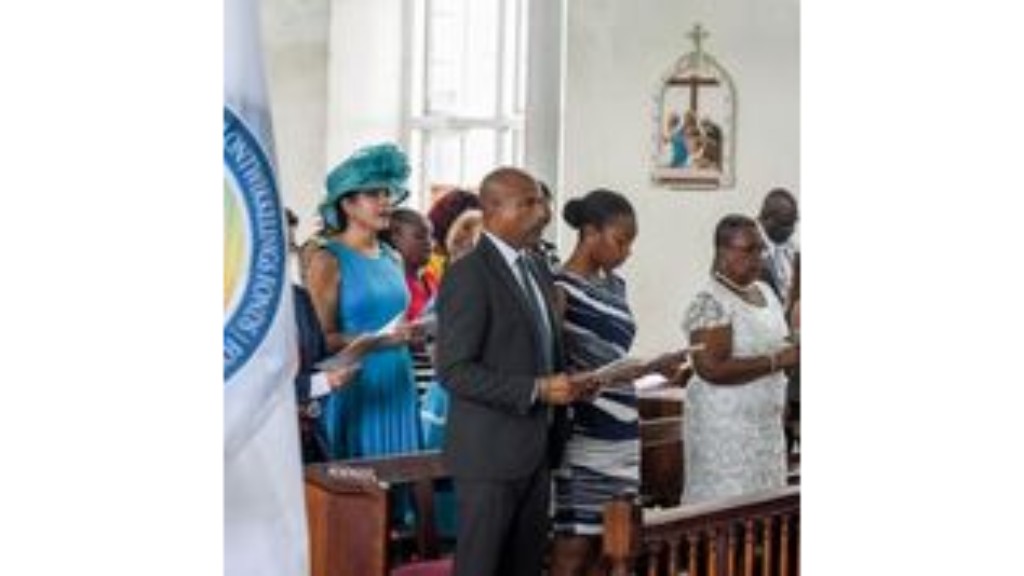 The Barbados government has given its commitment to becoming compliant in its payment to the CARICOM Development Fund (CDF).

Word of this comes from Chief Executive Officer of the CDF Rodinald Sommer.

He was speaking after a church service to celebrate the organisation's 10th Anniversary at the St Mary’s Anglican Church.

Mr Sommer explained that each member state agrees to a schedule of contributions to cover the financial contribution they should make. He added that until a state becomes compliant with the contribution, "we cannot actually execute a programme with them."

When asked about Barbados, Sommer asserted that the island has factored in becoming compliant in its structural adjustment programme:

"We have been given the assurance that the commitment to the CDF is going to be taken into account in all the adjustment that the Government has to make ... We expect those commitments to be met and we will be advised by the government as to when these will actually be met...

"Barbados has had its challenges like other countries. Barbados has actually not been able to make any contribution to the CDF in this cycle, but they are committed to accelerating the payment of their full contribution, because it's supposed to be paid in tranches and the commitment that we have is that they will accelerate the payment of the full contribution to the CDF over a period of time which has not yet been specified."

While he could not state the exact figure owed by the island, he stated that "it is in the range of about five million US dollars."

Highlighting a range of programmes developed to assist countries throughout CARICOM, Mr Sommer noted that over the past ten years to the end of 2018, "we expect to have committed in loans and grants close to 72 million US dollars.

"We would have dispersed by the end of this year closer to 45/50 million, because there is always a lag between disbursement and actually commitments, because of the implementations challenges that we face."

Related article :PM Mottley: Debt restructuring will be economic save

He lamented the nationalistic focus of some states remains a concern.

"One of the major challenges that we probably don't speak about enough, is the tendency for countries, regardless of their commitment to regional integration, to focus more on their own domestic development, priorities and challenges":

"What we try to do is to pool together the common elements of these programmes across countries and try to add other regional dimensions that bring greater benefit o the individual countries and the community as a whole. So what that translates into sometimes is maybe some delays in conceptualising products that help us to meet our mandate; getting people to continue to think regionally for the wide benefit of the community; related to that, being able to mobilise resources that we can put into interventions across countries and for the region as a whole."

When asked what message he would give to CARICOM heads who may prioritise national interest over regional development, Mr Sommer said that "the message is very simple":

"The programmes that we do, while they are regional in focus they are national in their impact. So every country then needs to work with us to help design programmes and to implement programmes that are consistent with their national priorities but are also linked to the Community's priorities.

"So it is really a question of ensuring that there is a proper articulation of policies and programmes, it is not an either-or situation. So it's a question of asking for the greater cooperation and asking them to honour their commitments so that we could actually implement these projects, and advance the regional integration agenda.

Still no word yet on Cultural Industries Development Fund