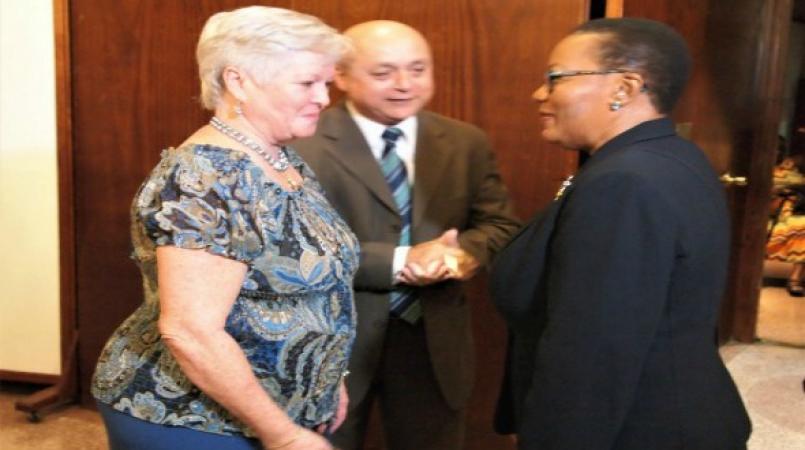 Speaking at a cocktail reception to mark the 58th anniversary of the triumph of the Cuban revolution, McClean said Cuba’s contribution to the development of countries in Africa, Latin America and the Caribbean remains a lasting tribute to the late Fidel Castro’s vision.

Despite the longstanding embargo on Cuba by the United States, she said, the country continues to thrive in the ‘face of extreme constraints’.

She also said the country’s reputation for global leadership and international solidarity will long be remembered especially considering the hostile environment Cuba has existed and operated under.

“Today Cuba stands poised to fully capitalize on significant advances in health care, science and technology. We are now at a watershed moment in the region’s development and must take similarly bold action. Our focus now must be on tangible activities and actions in the area of economic, social and cultural cooperation.”

McClean added Barbados has been an "ardent supporter" of the lifting of the United States embargo on Cuba and is heartened by the repairing of diplomatic relations between the two countries while noting that Donald’s Trump presidency may present some challenges.

Cuban Ambassador Francisco Fernandez Pena echoed similar sentiments during his remarks where he said his country is committed, more than ever, to the restoration of diplomatic relations with the US. He said the two countries have already signed 22 bilateral agreements on cooperation with the US and will continue to move forward in that vein.