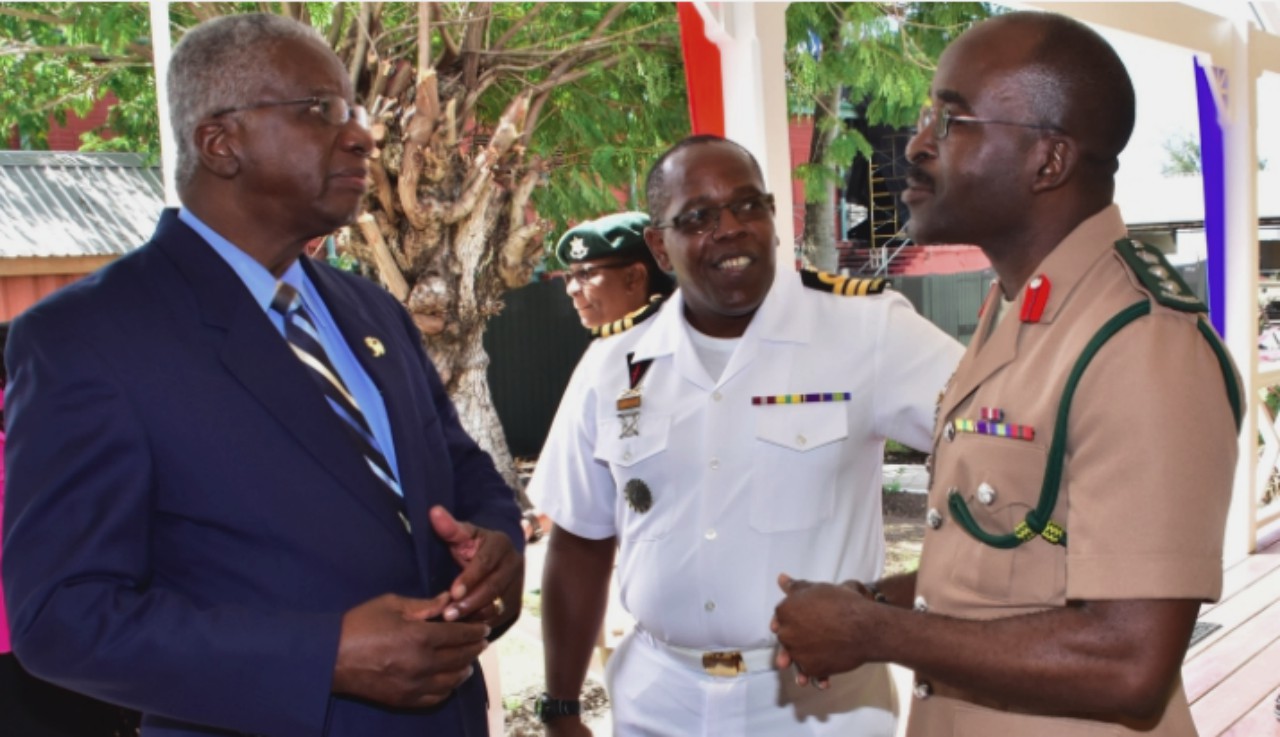 Defence and security agencies must use digital media as a critical resource to execute necessary campaigns that intercept and fight challenges which have the potential to undermine national security.

Prime Minister the Rt. Hon. Freundel Stuart expressed this view yesterday, as he delivered remarks at the Barbados Defence Force’s (BDF) website launch at its headquarters at St. Ann’s Fort.

Stressing that defence and security agencies could not afford to be left behind, the Prime Minister said the use of digital media must be modern, relevant, and visible, as well as carry a highly attractive brand that targets the hearts and minds of the civilian population.

He stated: “It must be recognised that violent extremists, and cybercriminals too, have recognised the value of digital media, and exploit it to advance their worldwide recruitment strategy to attract vulnerable youth. Unlike national security agencies, these perpetrators and perpetuators of terror are not constrained by geographic boundaries nor restrained by procurement rules.

“As a result, their exploitation of digital media is both extensive and essential to advancing their criminal aims. They add to the term 'rapid response' a new dimension, and have, it seems, unlimited and unfettered access to a highly-skilled, technologically-savvy labour force.  Their focus is to win the information race and to use those gains to advance their agenda.”

He disclosed that the BDF was actively working alongside other national agencies in developing the country’s cybersecurity capacity.

The Prime Minister noted that the use of digital media required the development of new communication skills. According to him, digital media has a transformative effect on the culture of any society and influences a nation’s relationship with the outside world.

“Social capital, both within organisations, and in the interaction of organisations with their external environment, cannot be properly developed without the investment in resources that must, of necessity, be made continuously in the use of information technologies,” he contended.

Barbados' Leader stated that the BDF’s information age began over two decades ago and said the website would be a valid support tool in times of disaster, crisis and emergency; in the management of risks; and as a vehicle for external collaboration and community building.

He thanked the Government of Canada for providing technical and material support for the development of the BDF’s information technology infrastructure.

Chief of Staff of the BDF, Colonel Glyne Grannum, said the establishment and launch of the webpage was an important element in the Force’s modernisation plan. He added that any modern organisation could attest to the value of timely and precise communications, targeting a range of audiences and designed to attain a number of objectives, normally at the operational and strategic levels.

He pointed out that a digital platform was important since it allowed internal and external partners and stakeholders to engage the organisation.