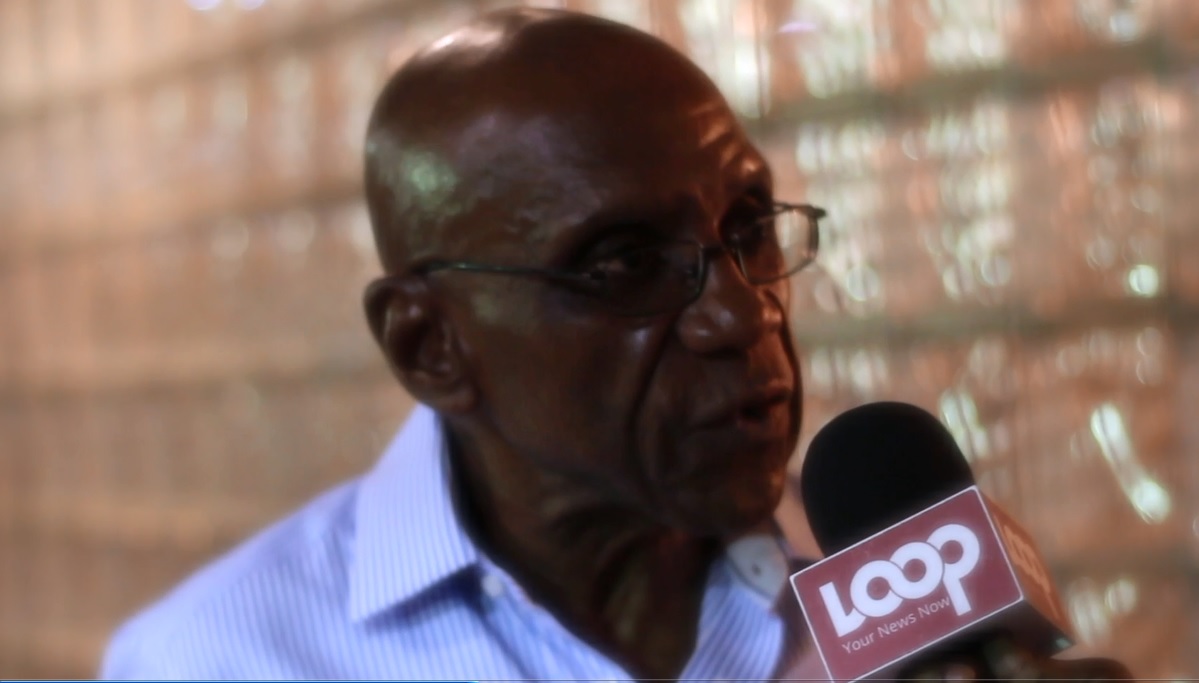 Three years- that is the length of time economist, Dr. Delisle Worrell, believes government has before the threat of devaluation of the Barbados dollar reemerges.

In his monthly economic letter, titled ‘The Threat of Barbados Dollar Devaluation Remains’ he noted “... loans from the international financial institutions have bought the Barbados Government some time [however] the risk of immediate devaluation has not gone away.”

He charged that government must use this “breathing space” of three years to negotiate terms which are mutually agreeable with holders of US dollar-denominated bonds in order to preserve the currency peg.

It was back in June when Prime Minister, Mia Mottley made the announcement that government will suspend all debt payments to foreign commercial creditors.

Dr. Worrell noted that on page 16 of the October Report on Barbados, the IMF Staff presented a forecast of the foreign reserves of the Central Bank of Barbados to 2023 which shows foreign reserves are expected to fall drastically in 2012 and 2022. The chart also forecasts the CBB’s foreign reserves will have fallen to BDS $879 million by 2023. 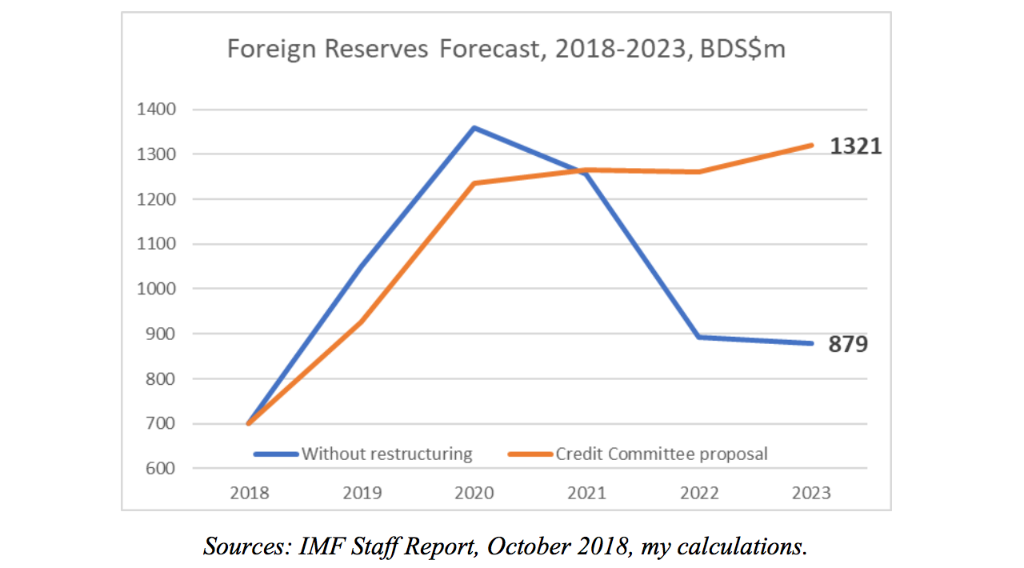 “The 2023 reserves level is below the Central Bank's minimum target of three months of imports. Unless Government negotiates a restructuring of the US dollar debt which is satisfactory to all parties, the exchange rate peg will once more be in danger.”

He explained, the alternative foreign reserves projection (denoted by the orange line) is based on a debt restructuring proposal which has been sent to PM Mottley by a committee representing holders of US dollar bonds.

“The proposal offered by the External Creditor Committee would consolidate five US dollar bonds into a single medium-term issue that would attract a competitive market interest rate. Government would no longer need to repay US$350 million of maturing debt in 2021 and 2022.”

Dr. Worrell said with this projection, Barbados' sovereign credit rating would immediately improve, and Government and its agencies would regain access to US dollar loans.

He said while the Central Bank’s reserves are on the way to recovery, government must take the necessary steps to ensure the progress made to bolster the reserves are not lost.

He disclosed a proposal which meets the CBB foreign reserves needs and is also acceptable to the holders of US-denominated government debt is “ now in the hands of the Prime Minister and her advisers.”

Dr. Worrell: Public sector reform should start with those at the top