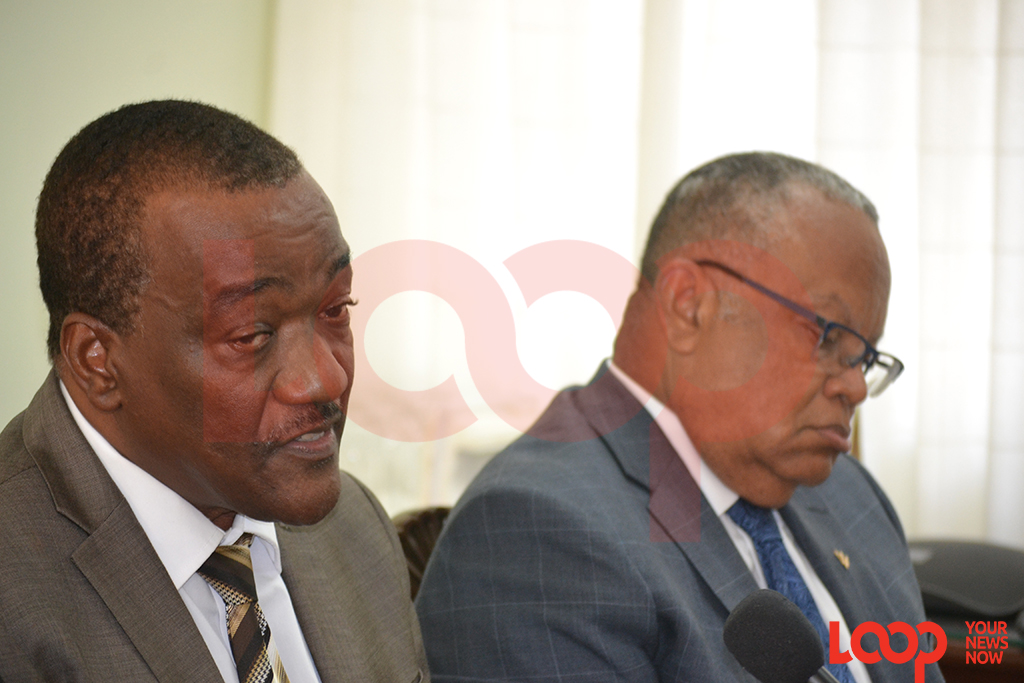 As Barbados prepares to welcome delegations for the African continent for UNCTAD 15 – the United Nations Conference on Trade and Development (UNCTAD) quadrennial meeting in October 2020, Foreign Affairs and Foreign Trade Minister Senator Jerome Walcott say there is nothing to fear as far as the Ebola Virus is concerned.

In May, Barbados waived visa requirements for ten African countries; Burkina Faso, Burundi, Cameroon, Ethiopia, Ghana, Liberia, Morocco, Nigeria, Rwanda and Senegal. Burundi and Rwanda are direct neighbours of the Democratic Republic of the Conga where an international health emergency has been declared as a result of Ebola.

Replying to the question of if the visa waiver recipient countries are cause for concern, yesterday July 25, during a post-Cabinet briefing at Government Headquarters, Walcott stated:

“Currently Barbados is low risk. There is hardly any [risk] in terms of traffic in terms of Rwanda and Burundi to Barbados.  Normally obviously we will be monitoring that and the main issue here would be in terms of the heightened public health and port health awareness.

“I know that we are also thinking ahead . . . the Commonwealth Heads of Government Meeting is scheduled for Kigali in Rwanda next year.  That is something that you would be monitoring closely in terms of participation.  After that, in October there is UNCTAD 15 (the 15th United Nations Conference on Trade and Development) quadrennial meeting in October 2020 being held in Barbados and with [that] you would expect a number of person from southern Africa coming to participate.”

And he noted that his Ministry would be working closely in collaboration with the Ministry of Health and Wellness on the necessary public health measures.

Speaking to the plans underfoot and measures being contemplated, he added, "We’ve already started outlining plans in terms of the needs in conjunction with the Ministry of Health and are looking at strengthening public health in terms of numbers and resources.  We have been thinking about infrared metres that can detect persons who have fevers as they arrive, as they come through the arrivals' areas . . . We are looking at things like that.

“As it stands right now, [this] is not new to Barbados. We have been through SARS [Severe Acute Respiratory Syndrome], the Avian Flu, Ebola  . . . and it is a matter of looking at if there are protocols and strengthening them, enhancing them . . . and the repeated training and educating of the Public Health workers, but also the population.”

Walcott is a medical doctor by profession.

Meanwhile, Minister of Health and Wellness, Lieutenant Colonel Jeffrey Bostic shared that the country has been in the process of updating its Ebola protocols since the World Health Organisation (WHO) declaration of a crisis last week.

“We do not have to start from scratch because we faced this situation back in 2014 - 2016 and so an Ebola protocol document was produced back then.  It is fairly comprehensive but we have asked all the major players to go back to their respective ministries and departments and look at the protocols and see how we can enhance them to meet the requirements in 2019.

“Apart from that, I have a paper before Cabinet today [Thursday, July 25]  . . . an information paper to bring [it] up to speed.  We have taken some steps at the ports of entry with our Port Health Officer to increase surveillance at those two locations,” he explained while stressing that there was nothing to worry about at this stage.

Ebola or Ebola hemorrhagic fever is a contagious and life-threatening disease that affects humans and monkeys. It causes the body's immune system to go into overdrive — which can lead to severe bleeding, organ failure and death.  Symptoms can seem like the flu at first -- sudden fever, feeling tired, muscle pains, headache and sore throat. As the disease gets worse it causes vomiting, diarrhoea, rash and bruising or bleeding without an injury, like from the eyes or gums.