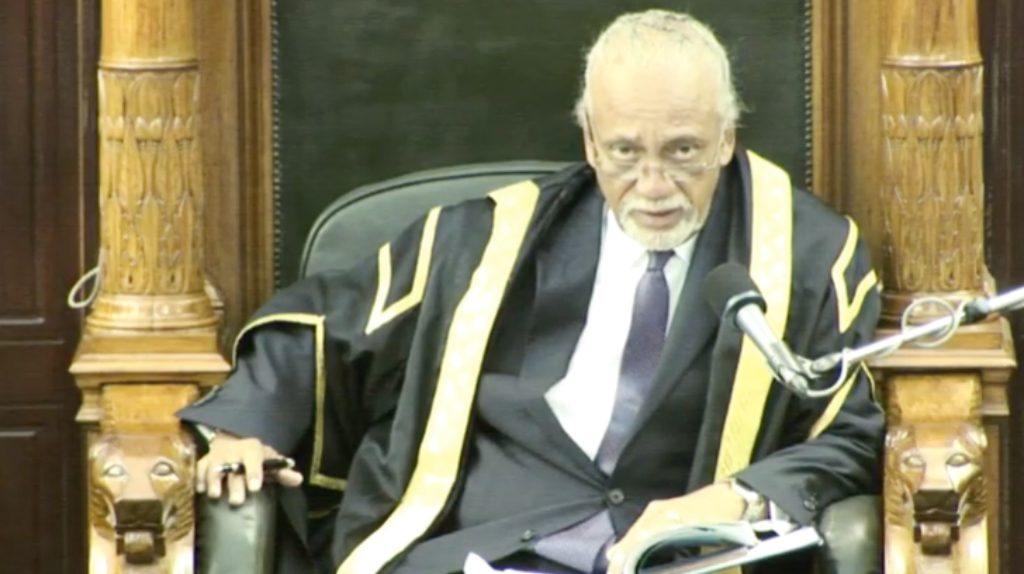 Dame Sandra Mason will be off the island for vacation leave.

Speaker of the House, His Honour Arthur Holder has alerted the country to the fact that the Governor General will be on leave for approximately three weeks.

Before adjourning today, April 23, 2029, His Honour read a message from Her Excellency the Governor General to the Honourable the House of Assembly.

It stated that the Governor General Dame Sandra will be absent from the country during the period April 23, 2019, to May 11, 2019, “on vacation leave”.

Related article :Who is Acting GG Hewitt? 10 things you may not know

In accordance with the provision of Section 29 sub-section 1 sub-section (a) of The  Constitution, Dame Sandra named who will act in her absence.

“Sir Kenneth Rudolph Hewitt KA CBE BJH will perform the function of the Office of Governor General,” announced His Honour.

Dame Sandra on leave until April 6