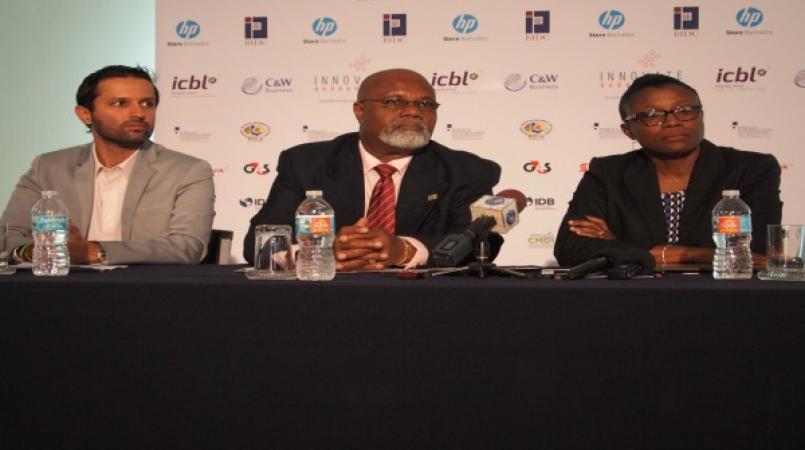 The Innovate Barbados 2016 Conference will seek out ways to develop new ideas among industry and policy makers.

The Barbados Investment and Development Corporation (BIDC) is hoping to light a fire under the feet of the business community with the hosting of the Innovate Barbados 2016 conference.

The conference is the signature event of the BIDC 60th anniversary celebration and is scheduled to come off on October 26, 2016.

Chief Executive Officer of the BIDC, Sonja Trotman outlined the motive behind the hosting of Innovate Barbados 2016 during a press briefing this morning where she pointed out the persistent lag in innovation and creative ideas affecting Barbados.

Citing statistics from the World Intellectual Property Organization (WIPO) Global Innovation Index, Trotman said although Barbados held a relatively high ranking of 37 out of 141, there were major weak areas noted in the report especially in the areas of research and development and creativity.

“The Index at the same time also points to several areas of deficiency. Barbados’ ranking at #128 in research and development was cited as a major weakness along with the percentage of graduates in science and technology. Less than satisfactory performances were also registered in creative outputs where Barbados ranked 63, and in ecological sustainability and gross capital formation as a percentage of GDP.

“The reality is that despite its relatively high ranking,  Barbados continues to lag in innovation. And it must be acknowledged that significantly more has to be done to create the enabling environment necessary to support commercialization of Barbadian innovations and the subsequent growth in entrepreneurship and micro, small and medium sized enterprises.”

Trotman said the goal of Innovate Barbados 2016 is to be the platform to stimulate meaningful dialogue and ‘ignite new engines of growth’.

The conference will include fifteen speakers with particular focus on health and wellness, financial services and renewable energy. Speakers will range from a variety of specialist areas including animation, digital currency, female fertility with the keynote address being delivered by a representative from the International Development Bank. Minister of Industry and Business Development, Donville Inniss will also deliver a presentation  on “Moonshots of Barbados” which will outline government’s future goals. The press conference which will be streamed live will also featured a special animated presentation on Barbados 2.0.