Skip to main content
Breaking News |
Solidarity Protest for George Floyd planned in Barbados
COVID-19 update: No new cases
The World protests against racial discrimination with #BlackOutTuesday
Rihanna shuts down Fenty, SavagexFenty, FentyBeauty on BlackOutTuesday
Barbados amends two laws to make e-filing of court documents a go
UPDATE: Man stable after being shot in his head, another in custody
Do insurance companies have Catastrophe Reserve Funds for disasters?
Opposition Leader: Where are the NIS reports?
Sagicor says insurance would give property owners 'peace of mind' now
Coronavirus cases in the Caribbean as of June 2 at 8 am: 28,564 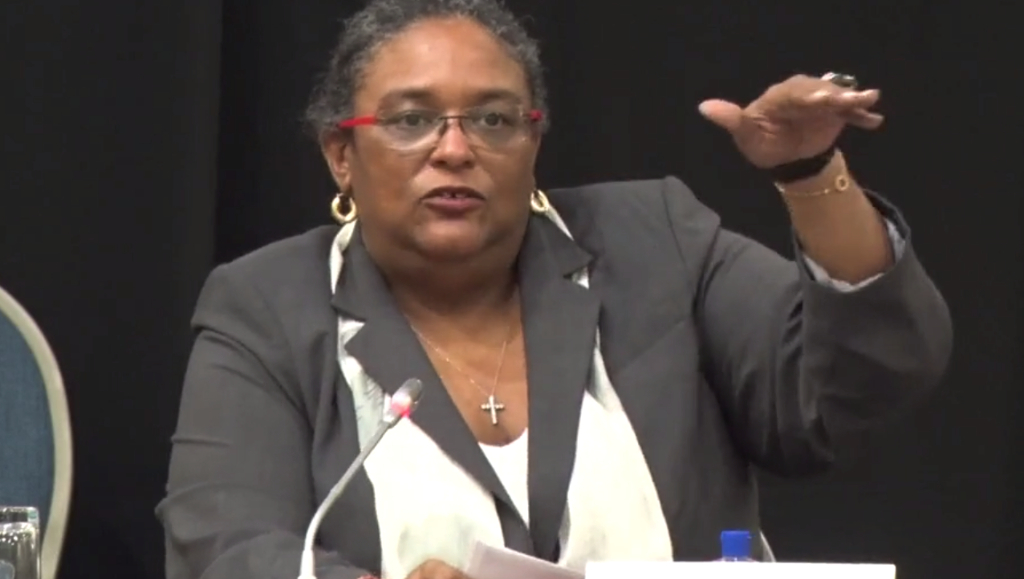 Without explicitly calling on citizens to have more babies, Barbadians have been warned that the current low birth rate may push the island into a major labour shortage crisis in the immediate future.

Putting her citizens on notice, Prime Minister Mia Mottley revealed that the recent National Population Commission's Report painted a shocking and "sober" picture of the island's birth and fertility rates.

The island's birth and fertility rates have continuously declined since the 1960s, reaching below replacement levels in the 1980s. The country's aged population has become a cause of concern, as the declined labour force will burden the National Insurance Scheme (NIS).

In 2014, former Minister of Education, Science and Technology, Ronald Jones urged women to make more babies. Speaking in the House of Assembly, Jones made a case that the population needed to increase to approximately 325,000 in 10 years to increase the number of individuals in the workforce so the island's standard living would not be compromised.

During her address to the nation tonight (May 14), Mottley reiterated that the population had serious implications for the quality of life of citizens, stability of the country's revenue, and social security scheme.

"We are going to have to take urgent action because if we were simply to have kept replacing our population from 1980, Barbados would have 360,000 people today instead of [the] 280,000-odd that we have.

"It gets worst because it also means that regrettably, our workforce will actually be smaller by the year 2035. In less than 15 years, we will have a declining workforce that cannot sustain the production of goods and services or indeed the revenue to be able to guarantee the quality of life that we already have," emphasized the Prime Minister.

Mottley stated that the declining fertility and birth rates needed to be addressed immediately, adding "over the next 30 years, the dependency ratio will grow to two dependents per person of working age so that will place tremendous strain on our national insurance system if we are not careful".