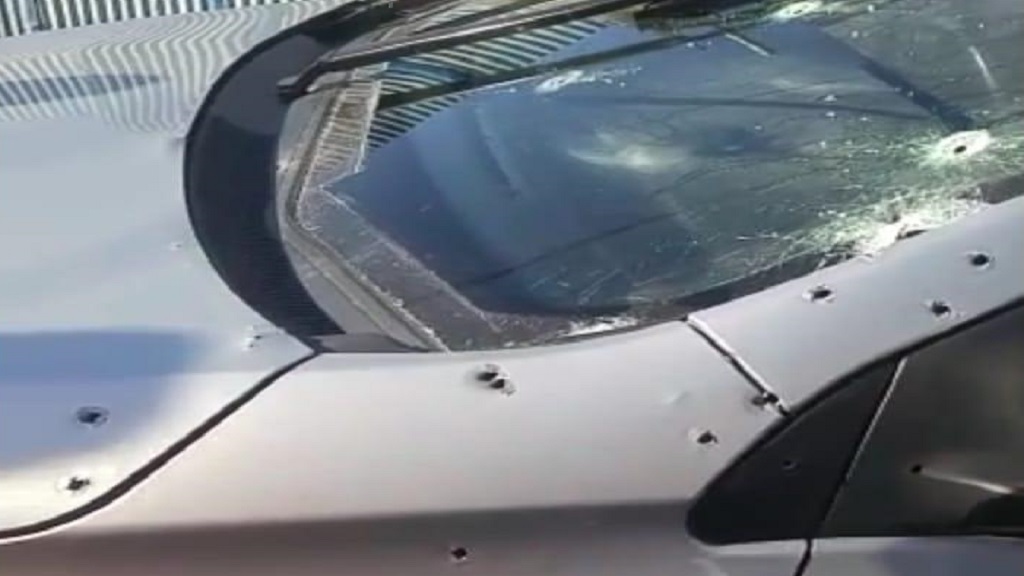 Car from a double murder in Montego Bay, Jamaica, back in March 2019.

On the night of May 31, 24-year-old Ashantio Blackman of BelAir, St. Philip died of gunshot wounds about his body. Police responded to the scene about 8:25 pm and found the body of the young father.

Shootings were responsible for the brunt of the 26 homicides recorded for the year. There were 15 gun-related deaths, with the others being due to stabbings.

This is most concerning considering that the murder toll for 2018 was 27.

However, police have made a good number of breakthroughs into many of the homicides with persons having been taken before the law courts for murder. The Royal Barbados Police Force has also issued video footage from crime scenes and issued witness appeals to quickly try to solve some of the 2019 homicides.

Video caption: Footage from the crime scene by Country Towers.

A total of 183 murders were recorded across the island up to February 23, compared to 228 murders over the same period last year. That is a 20 per cent decline.

And by April 10, Jamaica had recorded 359 murders between January 1 to April 6.

The latest crime figures from the Jamaica Constabulary Force show this is a 7.5 per cent drop in murders when compared to last year. For the corresponding period in 2018, there were 388 homicides.

In March, St. Lucia had recorded five murders for the year. However, as of yesterday, June 5, 2019, St. Lucia's homicide toll had climbed to 17.

The latest victim was a teenager, a fifth form student. Arnold Joseph was cut down by police bullets Wednesday night on Chaussee Road near the La Pansee Junction after the vehicle he was in failed to obey a police directive to stop.

He was a fifth former at the Entrepot Secondary School writing the external Caribbean Secondary Education Certificate (CSEC).

'Nobody ain't talking' about Snoop's murder at Ruby Tenantry