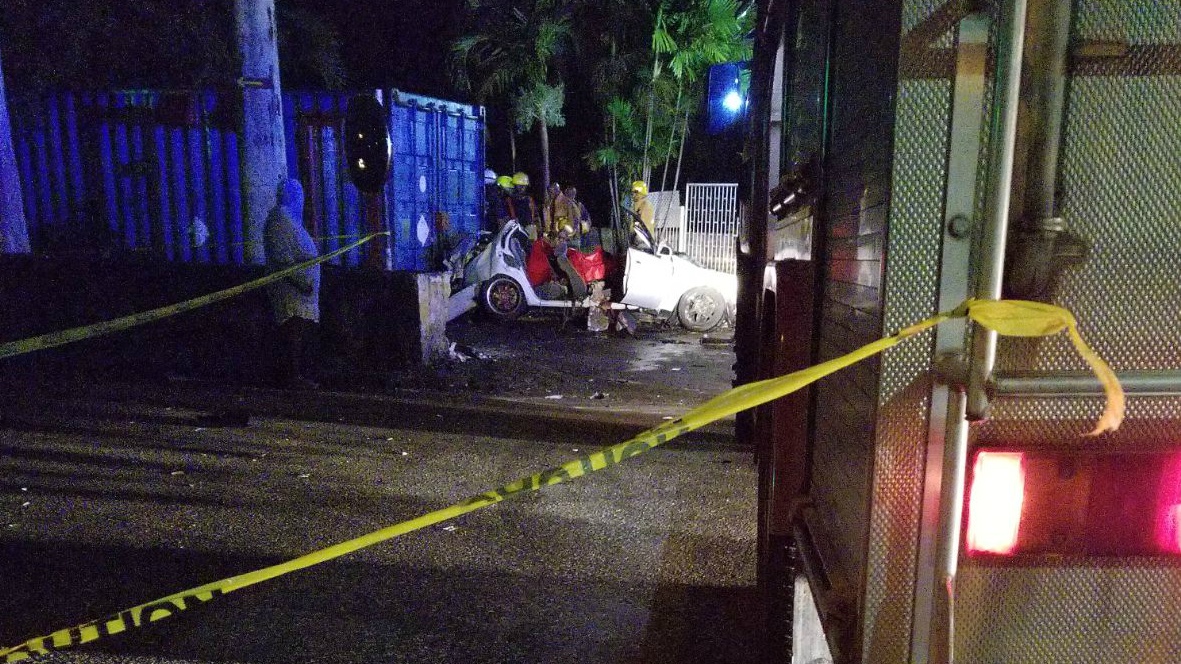 Police have named the man who lost his life in an accident early this morning in a press release.

He is 41-year-old Carson Atkins, of Foster Hall, St. John.

Carson was the front seat passenger of a motorcar, J 594, which was driven by 29-year-old Christopher Skeete, of Foster Hall, St. John. The other vehicle, G 6330, was driven by 34-year-old Kira Deane, of Todds Development, St. George.

As a result of a collision between the vehicles, both drivers complained of various injuries and were transported to the Queen Elizabeth Hospital (QEH) for medical treatment. Both vehicles were extensively damaged.

Police are making an appeal to anyone who may have witnessed the accident or can provide any information to assist in this investigation, to contact the District ‘C’ Police station at telephone 416-8200 or 416-8201.

One family has not awakened to the feelings of renewal or anticipation Easter Sunday and the start of a new month can bring.

Instead, they have been thrown into mourning after the death of their loved one.

Public relations officer with the Royal Barbados Police Force, Acting Inspector Rodney Inniss, confirmed that police are on the scene investigating an accident at Four Roads, St John, which left one man dead:

"Sometime around minutes to three this morning, the first of April, police received a report of a serious accident.

"On responding, we recognised two mangled motor cars. Ambulances responded and took both drivers for medical attention at the QEH - a front seat passenger in one of the vehicles died on the spot, a 41-year-old male."

He also urged motorists to use an alternative route at this time:

"Persons are advised to avoid the area as it is cordoned off and traffic is restricted."