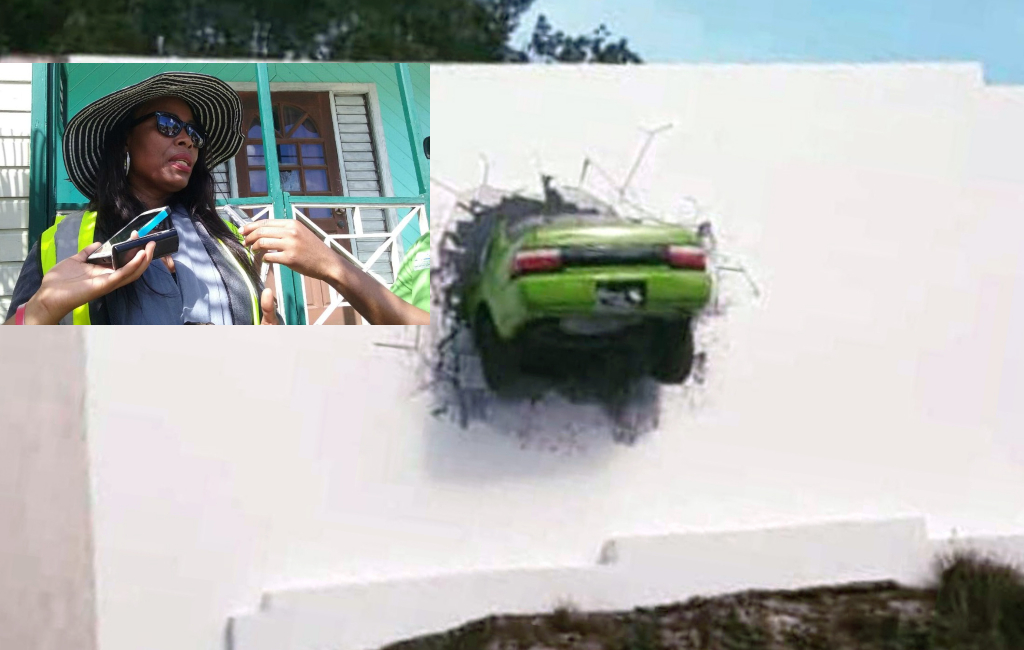 Having grabbed people's attention with one 24-hour advert featuring a violent collision, Sagicor is being lauded by the Barbados Road Safety Association.

President of the local association Sharmane Roland-Bowen applauded the insurer for taking a bold step with their marketing. She said that they have decided to go along a daring path that may yield positive results, such as changed driver behaviour and encourage road safety.

Praising Sagigor for "not hiding up" the true impact and effect of accidents, Roland-Bowen said that though a small percentage of persons over the weekend may have seen the advert on BET Hill for themselves, they shared it and "we need to see what could happen".

Recognising that not everyone will like this style, she went on to say, "It won't work for all, but some, it changes the way persons see the road and see their own vulnerability on the road. But for others no matter what you do you can't get through to some people. But it is best you know we keep trying to save some by letting them see what can happen. Then that section at least they would take heed, at least those are lives that would be saved, as opposed to persons who would ignore it.

"We must not give up. We must keep on trying but it is commendable. We wish other insurance companies would come on board."

She challenged other insurers to join this bandwagon to reduce speeding, collisions and road fatalities.  She even urged them to help the Road Safety Association - "More hands mean it would be more successful."

To Sagicor, she reiterated, "It sent a message and I do commend them in their efforts and going forward we need to get more of these graphics because accidents are real and it makes no sense hiding it back...

"I really applaud them and I wish that they would continue to send the message to get through the travelling public and not only drivers but also pedestrians as well, because a number of persons that are killed on our roads are pedestrians and I would like pedestrians to be more careful. So if they could bring some of those messages too because pedestrians are more vulnerable and that would go a long way." She said that some collisions are as a result of carelessness on the part of pedestrians and not just the drivers.

One word of caution issued by Roland-Bowen however, was that the BRSA would like Sagicor and all insurers to take care with the placement of the ads because the hard-hitting message could be a distraction to some. Using the St. Michael location over the weekend as an example, she said that along the BET Hill too much is happening for a driver to have their attention sidetracked while lane-switching, merging, decelerating and accelerating and if it were a business day or school day, you would have added pedestrians namely students to that mix as well. 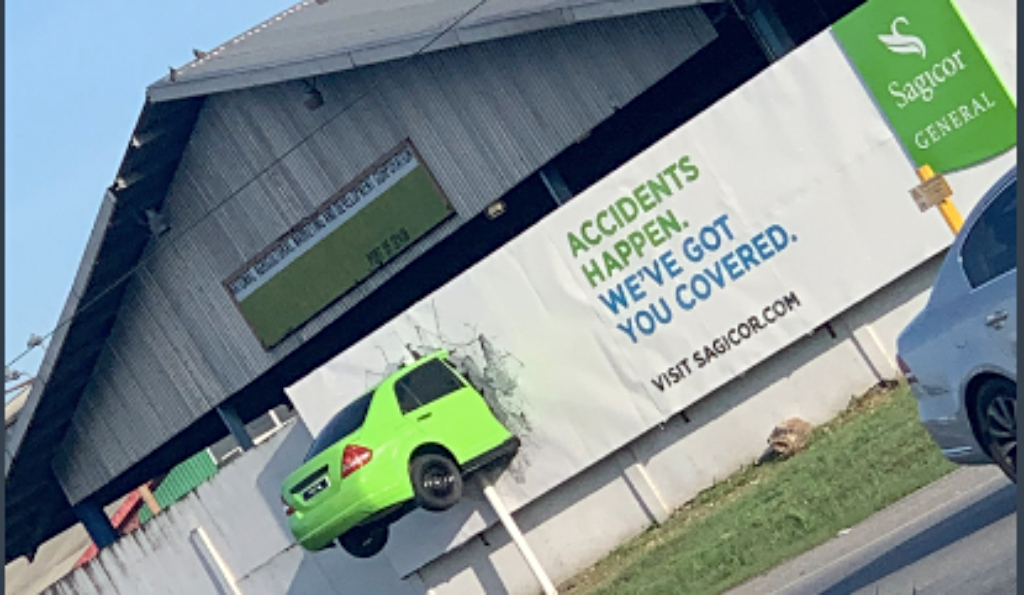 Over in Trinidad, today, Tuesday, October 1, drivers were on Twitter reacting to a similar advert in Trinidad erect before Port of Spain by the highway. Motorists were displaying the same shock as Barbadians on Saturday when they saw the campaign running in Barbados. However, the Trinidad version does not seem to use a real car. In Trinidad, it also appears to be a full ad campaign, not a one-day shock advert.

Over 270 road fatalities recorded in Jamaica for 2019