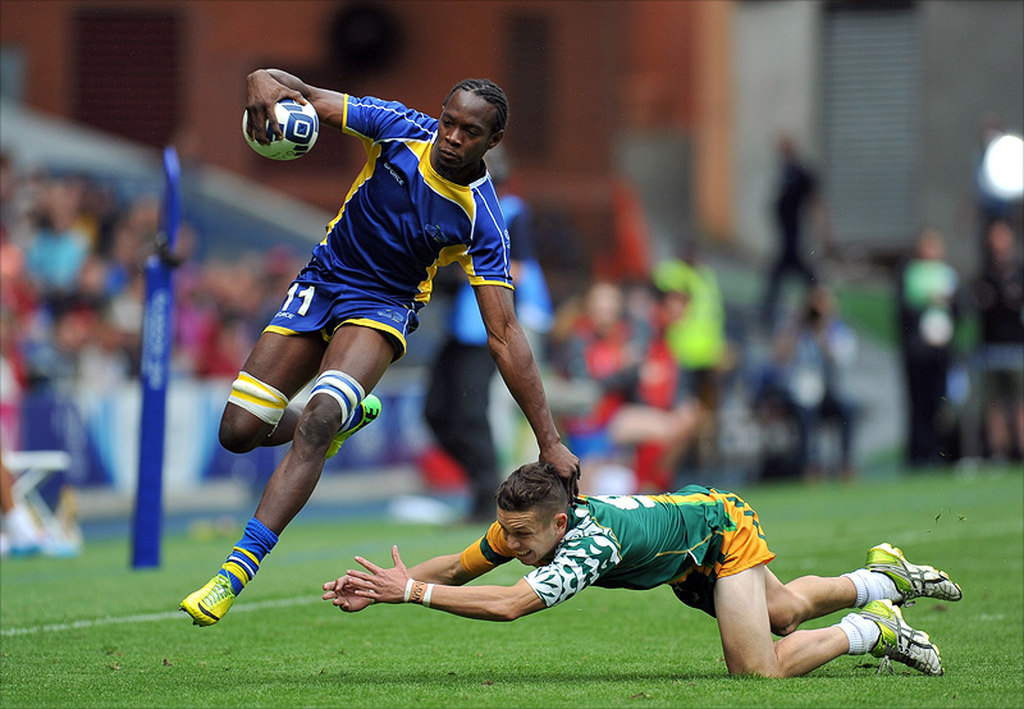 Barbados’ male Rugby 7s team is off on a weeklong tour to the United States, which will see them compete at an international level in two separate club tournaments in New York and New Jersey.

In partnership with the Barbados Rugby Football Union (BRFU), the team which is called the ‘Barbados JetBlues’ played in the Saratoga 7s Rugby Invitational yesterday, where they finished in second place and will also compete in the Blazing 7s Tournament on Saturday, July 22.

They will come up against club teams from various countries and do battle in five games per tournament, keeping their sights set on winning qualifying points for the Empire Series in New England.

George Nicholson, Manager of the Local Organising Committee for the Rugby Barbados World 7s, said the purpose of the tour was not only to improve the team’s competitiveness and prepare for the Rugby Americas North (RAN) Regional 7s Championships taking place this November in Mexico, but also to directly market the upcoming December Rugby Barbados World 7s Tournament to an international audience.

“We are thrilled to be able to take our team internationally to compete at this level. The experience for them is priceless, and it’s a great stepping stone towards promoting our tournament on home soil here in December. We want to encourage teams to come and play in Barbados, as well as showcase our beautiful island to the world as a premier tourist and sporting destination,” he said.

Team Captain, Sean Ward, said the tour is a great way for local Bajan players to experience the global rugby fraternity and to pick up some new skills along the way.

“Some of these boys have never left the country before and this tour will be an eye-opening trip for them, both on and off the field. It’s a wonderful bonding experience and is great for the future of rugby in Barbados. If we can continue to get this kind of support and promote rugby in Barbados to our international brothers and sisters, it would be a great development tool for us. I look forward to leading the team and hopefully we can come away with some good results,” he said.

The 2017 Rugby Barbados World 7s Tournament will be hosted from 9th to 10th December in Holetown, St. James. Originally known as the Tobago International 7s, the Tournament is the longest running Club Rugby 7s Tournament in the Caribbean and was relocated to Barbados from Trinidad last year. Teams from Canada, USA, Scotland, England, and Trinidad and Tobago have already indicated their intention to participate in this year’s Barbados Tournament.

Bajan rugby coaches up their game