Barbados WorldSkills Juniors may get robotics, drone tech added next 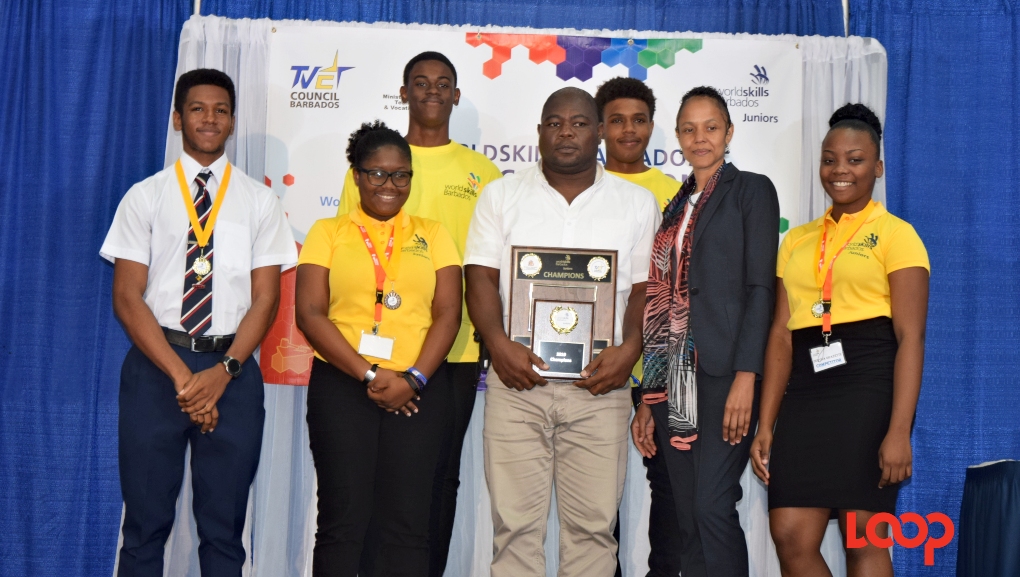 Queen’s College was the winning school of the inaugural Worldskills Barbados Juniors Competition.

The St James-located secondary institution stole the overall competition with a score of 50, meanwhile St Leonard’s Boys School and the Grantley Adams Memorial Secondary School had to settle for second and third with 46 and 36 respectively.

The week-long competition which featured contests in cabinet making, cooking, electrical installation and hairdressing closed on a high note as 10 secondary institutions made it to the finals.

St Leonard’s senior student, Jalani Yearwood won the Best In Competition award for his performance in the electrical installation segment, where he received the highest overall score of 92.8.

Chairman of the WorldSkills Barbados Programme Dario Walcott expressed he was pleased and overjoyed to see the enthusiasm and committed work ethic of the students who participated in the competition. Walcott told Loop News that given the performance of top competitors in the WorldSkills International Competition, whereby some students were obtaining vocational skills from as young as 13 or 14 years old, Barbados' educational system needed to adapt to this format as well.

“If we can start them from young, start them from practicing, it can only go well for Barbados not just for TVET but if you have young people sharpening their skills from a younger age it means that at 18 or 19 they are employable and ready to work and more productive so you don’t have to go through the on-the-job training if you have them training from younger,” he explained.

Walcott who has recently been appointed the Vice Chairman of WorldSkills Americas expressed that the Barbados delegation sought to introduce informational technology skills into the junior competition, and are hopeful that by 2021 they can successfully do such. He revealed that they were in discussions with the Ministry of Education, Technological and Vocational Training as well as international partners to implement robotics and drone technologies into the programme.

PHOTOS: Education Minister wants a focus on skills in schools too