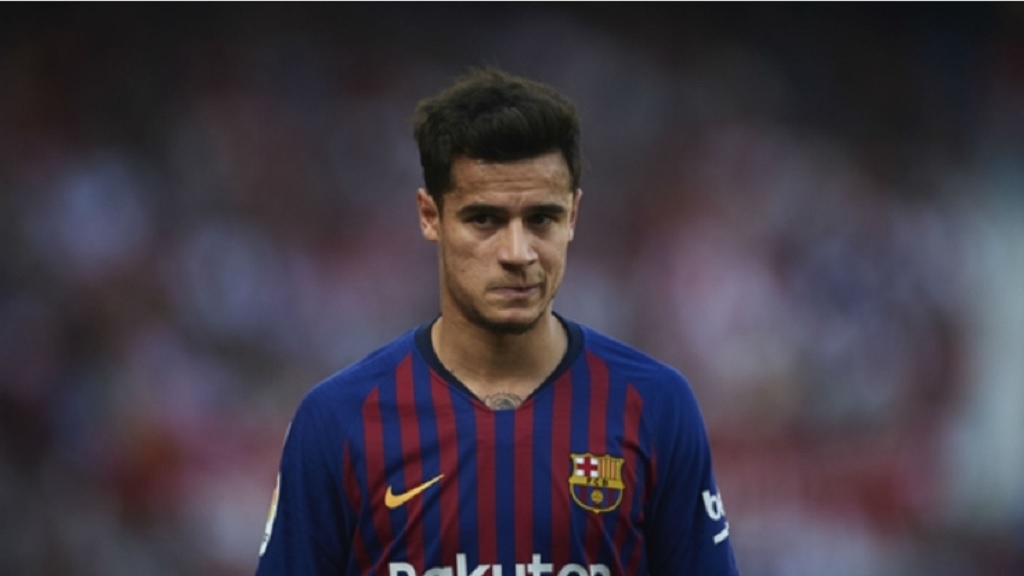 Philippe Coutinho is to join Bayern Munich on loan.

Bayern Munich are set to sign Philippe Coutinho on a season-long loan from Barcelona and the deal includes an option to buy the playmaker, Hasan Salihamidzic has confirmed.

Coutinho was not involved as LaLiga champions Barca suffered a surprise opening-day defeat to Athletic Bilbao on Friday, with the club's official spokesman Guillermo Amor announcing prior to kick-off an agreement had been reached to send the former Liverpool man to Bayern.

Bayern got off to a similarly sluggish start to their Spanish counterparts, drawing 2-2 at home to Hertha Berlin in the Bundesliga curtain raiser.

After the clash at Allianz Arena, Bayern sporting director Salihamidzic – who also revealed Borussia Monchengladbach midfielder Mickael Cuisance will be joining the Bundesliga champions – announced a deal for Coutinho is in place.

"I can confirm that [Bayern chairman] Karl-Heinz Rummenigge and I have been in Barcelona this week and we have reached an agreement with Barcelona, with the player and his agent," he told ZDF.

"We have had very good discussions, I would like to thank Barcelona. Of course, there are still missing a few details, including the medical check and the signature.

"It is a transfer on loan for one year followed by a purchase option for Bayern."

Coutinho, who will help to replace James Rodriguez after his two-year loan from Real Madrid ended, has struggled to cement his place at Camp Nou since joining Barca in a reported €160million transfer in January 2018, a move that saw him become the world's second most expensive player.

The Brazil midfielder is set to follow another loan signing – Ivan Perisic – through the door, though sections of Bayern's fanbase were not impressed by the deal to sign the Inter forward, who came in as an alternative to Leroy Sane after the Manchester City winger suffered a serious knee injury.

"Nowadays it is not easy in the transfer market," Salihamidzic continued. "We tried very hard, it is clear that we want to offer our fans something spectacular. But to reinforce this team is not easy.

"With Perisic, some will see that he is a really good player. Coutinho will offer us options; he can play in the middle or can come from the left. The fans can be happy."

"I am of the opinion that we – and I do not only refer to Bayern Munich but also to the whole Bundesliga, whole Germany – can be happy to welcome such a top player here in this league," Kovac told a news conference after the draw with Hertha.

"He is a player that not only proved this in the clubs but also at the national team. If you look at the last Copa America, then you know what I am talking about. We are very delighted and I think he will fit well. He will show us what he is capable of – namely playing football very well."