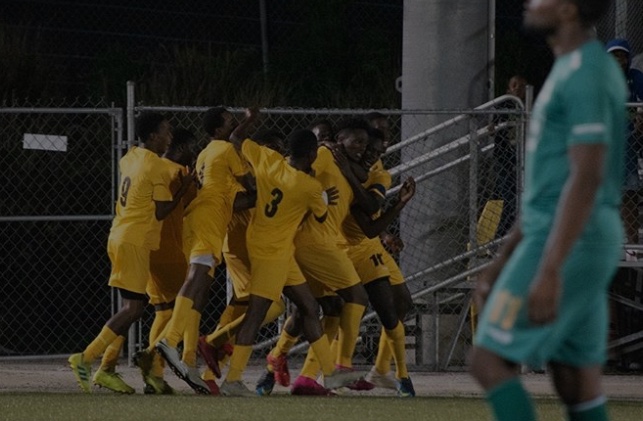 Playing at the BFA Wildey Turf, the reigning Premier League champions look well on course to adding another title to their 2019 feats, as they defeated Pride of Gall Hill 5-0.

The Division One representatives had an impressive run throughout the competition, winning their preliminary group which hosted tournament contenders the University of the West Indies (UWI) and finishing runners up in Group 2 of the Champions Round.

Gall Hill’s fortune ran out within 45 minutes of the encounter as the BDFSP put four goals beyond their opponents with relative ease.

Senior men’s captain Rashad Jules registered two goals on the night to take his tally for the tournament to eight goals, scoring in the 3rd and 42nd minutes.

There were also two goals for Nicholas Best (26th & 32nd) and a goal for substitute Rasheed Williams in the 82nd minute.

Sadrian Ward sent the Lions ahead in the 2nd minute, pouncing on a loose ball inside the Ellerton penalty area and drilling the ball into the roof of the net from close range.

The scores were tied immediately after the break as Lions’ centre back Dario Alleyne turned the ball into his own goal from Shane Hermas’ left-sided corner.

Shaquan Collymore scored the game-winner in the 56th minute and booked Ellerton’s semifinal place when he completed a fine Ellerton passing move with a sublime finish from 12 yards after a precise pass from skipper Shakile Belle.