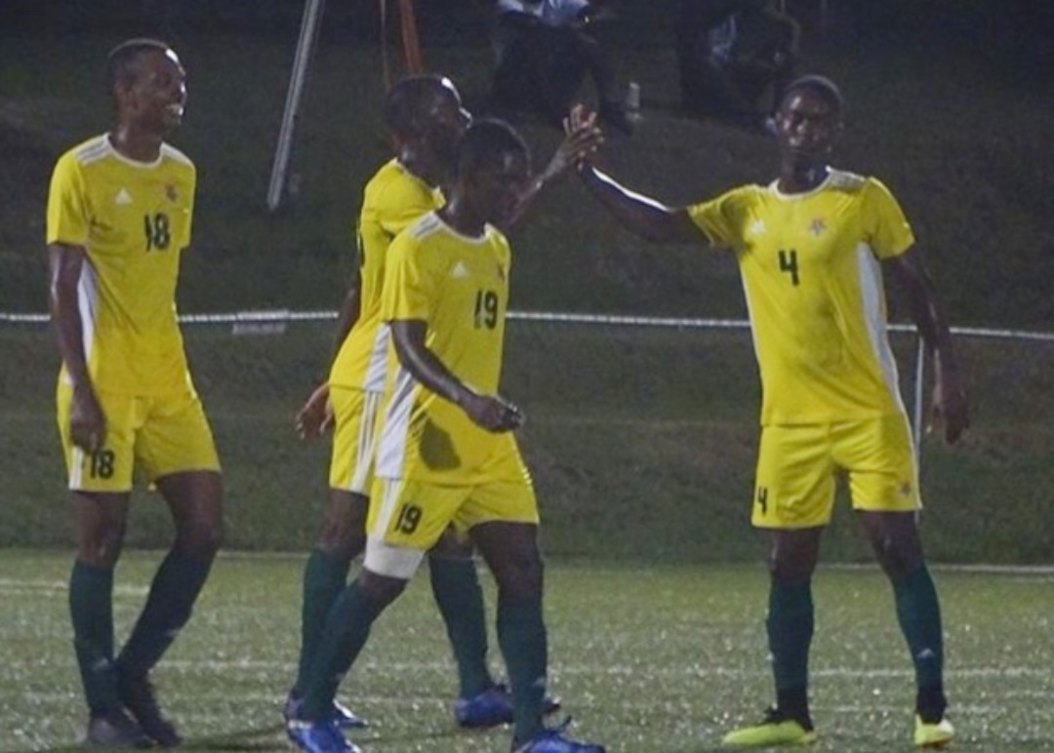 It was the fitting curtain closer for the third round of matches in the Coca-Cola Barbados Football Association (BFA) Premier League.

Paradise have started the season in fine form with two victories from two matches and came into this match full of confidence.

However, that confidence was rocked early as a timid cross by BDFSP’s midfielder Raheim Sargeant was turned into the goal by Paradise and national senior defender Zico Phillips in the 9th minute.

Before Paradise could regroup and reorganize they found themselves down 2-0.

A cross from the right found Rashad Jules, who dribbled his marker and fired a left footed shot into the left corner from 12 yards.

Paradise with their star-studded attack of Mario Harte, Armando Lashley, Elijah Downey and Shakiel Henry combined their skills brilliantly but the BDFSP defense led by captain Shane Codrington kept them at bay for a long period.

The pressure finally paid off for Paradise in the 31st minute.

A cross from the right found an unmarked Jomo Harris and the national midfielder calmly passed the ball into the bottom left hand corner from the penalty spot.

It was a fair encounter throughout the second half, until BDFSP’s midfielder Omani Leacock was given marching orders by referee Adrian Goddard in the 73rd minute for apparently something he said to the official.

The Paradise skipper, whipped a 25-yard free kick around the wall and into the right corner, where goalkeeper Kishmar Primus could only watch in agony.