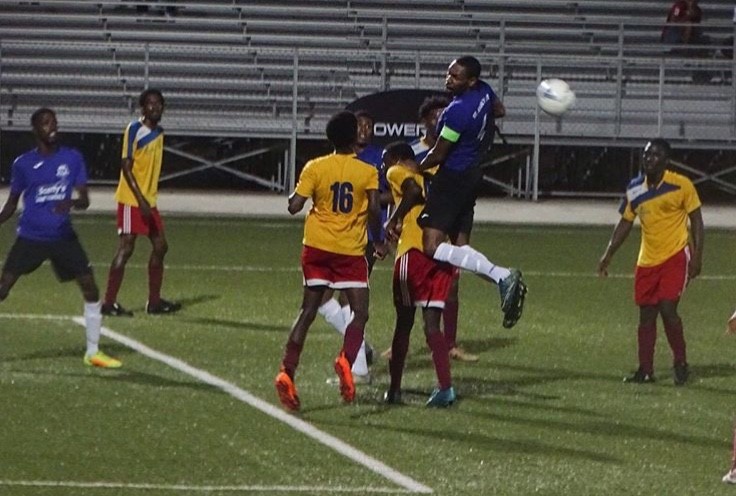 Related article :Wales and Paradise through to playoffs

Nicholas Best also recorded a hat trick for the BDFSP, scoring in the 31st, 48th and 75th minutes. Midfield magician Omani Leacock added the other two goals for the soldiers in the 1st and 85th minutes.

Goals on each side of the break by Darico King in the 15th minute and Jamol Williams in the 77th minute moved the Lions into second place with six points from three matches.

Earlier in the week, Youth Milan advanced to the playoffs with a narrow 3-2 victory over Fitts Village FC and Crane & Equipment Ellerton FC completed a perfect record in Group D, winning each of their three matches by defeating Villa United FC 8-2 in their final group game.

Spurs go to the top of the table