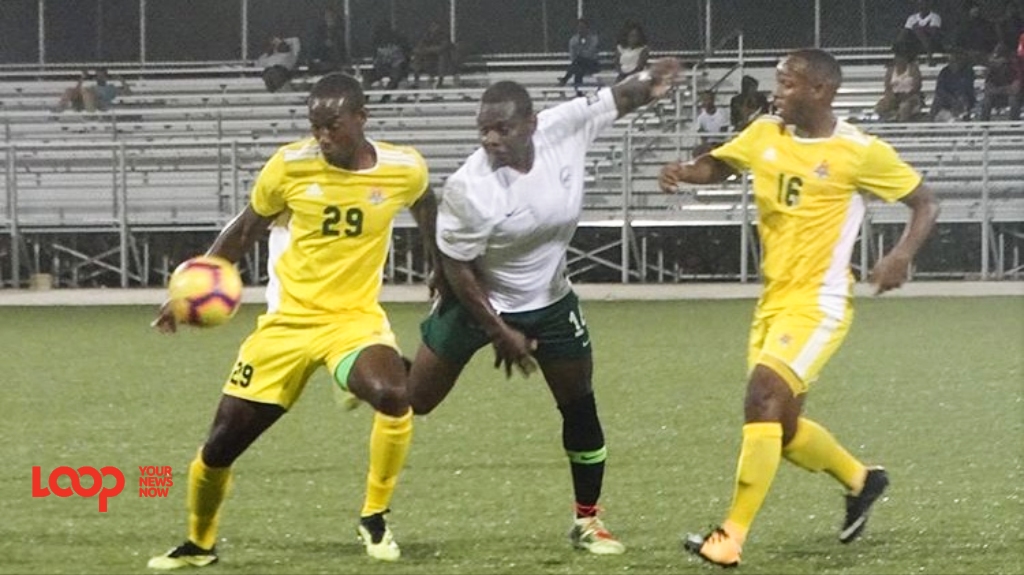 Last Sunday evening at the BFA Wildey Turf, the BDFSP defeated reigning league champions Weymouth Wales in the second of their three encounters.

After an action-packed first game last Thursday which ended 2-2, the soldiers showed their quality and tenacity to emerge 2-0 winners against the Carrington Village unit.

Raheim Sargeant shocked the stadium when just after two minutes, he had the Wales crowd silenced with the opening strike.

Wales failed to deal with a corner from the left and the ball found its way into the path of Sargeant he displayed comfort and confidence as he passed the ball beyond the outstretched left arm of goalkeeper Omari Eastmond.

BDFSP were up a goal but down a man, when Akeem Hill was shown the red card by referee Jamar Springer in the 33rd minute for violent conduct, after a fracas with Wales attacker Arantees Lawrence.

Despite their numerical advantage for the majority of the game, Wales could not create a threatening attack and BDFSP made them pay for it.

Jamaal Chandler spotted an unmarked T’Shane Lorde in the penalty area and with two exquisite touches, Lorde had the ball rolling into the bottom left-hand corner from 12 yards in the 90th minute.

Renaldo Trim became the second BDFSP to be expelled on the evening by Springer, receiving his marching orders, mere seconds before the final whistle.